Mother of He-Lob, She-Lob and others, with many spawn going down multiple generations.

Grandmother of Lolth, Queen of the normal spiders (not Unlife),  through her son He-Lob and the Abyss Queen Baba Yaga. 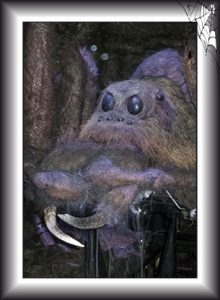 Lob-Law seems to be at the forefront of the current campaign Unlife is undertaking in the Solstice continuum, and has acquired a surprisingly large number of contacts. He has also managed to assemble various forces in a number of locations around the continuum, although the Family are working to destroy these (and him).

Most recently, a force of around 17,000 troops looking to Lob-law was broken up in 1997 Portland.

Both Lob-Law and Ungoliant have only spider and shadow forms: they do not have human forms. 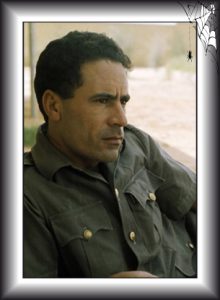 Owain is a son of Llewella of Amber and Muammar, a runaway Jesby demon. He is half-brother of Llewellan and great grandson of Moire, the last Queen of Remba, and tried to maintain links with contacts in the Abyss. At his “coronation”, his regalia was replaced as a gift from Queen Itzpapalotl of Tamoanchan (the Abyss Queendom), who had good relations with Rebma.

Owain has now sworn allegiance to Lob-Law, and switched from working with the radical Abyss Queens for unknown reasons, but contributing factors may have been their lack of support, conditions, controls. He also failed to take Portlandia on 1997 Earth after much investment of time and resources, in part due to the failure of his brother, Llewellan’s Samhain plot.

Since Owain’s dealings with Unlife have come to light, even the bloodier Abyss Queens have disowned all contact with him.