Eldest son of Ian Hawke and Marina Acker; grandson of Dieter of Germania and Bleys of Amber.

Lord Mayor of Amber and Duke of Amber City. 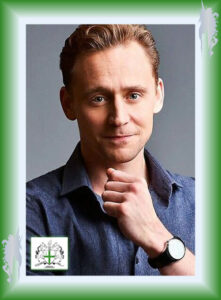 Artur stands around 6’2″, and weighs probably 175lb. He looks to be is in his early thirties, although he often seems younger at first glance. He has a lean, wiry build, and well defined musculature that reveals there isn’t an ounce of fat on him.

His hair is worn longer than military cut and is inclined to curl. It is also decidedly more red than blond nowadays, and is probably getting more so. This frames a sharply defined face, with a complexion tending towards the pale Celtic, distinct cheekbones, and hazel eyes which are now showing more green, and appear to observe everything keenly. And yet behind the intelligence, there is something which makes him look old beyond his years. He is pictured wearing blue shirt which is open at the neck.

His Trump is in the family deck.

Artur’s astral form seems to have become more than just his idealised view of himself. It now links directly to one of his past lives. His hair is longer and redder, his eyes are green and more piercing, and his build is more solid than his usual light frame. He also has more presence in that form, probably related to his strength of mind and occult knowledge, although his expression is considerable more manic. He is dressed in some kind of high-necked jerkin in dark green leather, with green leather trousers. Blue and orange flames seem to flicker about him, although they seem part of him rather than showing any sign of causing him harm. 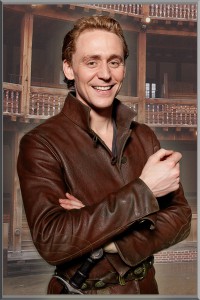 Artur was born on Tenterden. He was brought up in the Berlin Lebensborn Centre. His parents are listed on his birth certificate as Marina Acker, German journalist, and Ian Cushing, English spy.  This didn’t help how how was treated as a child, and the fact that he saw his mother occasionally made things worse. His  closest childhood friend was Armand Becker, and after university (where Artur earned a Double First in Classics), they met up again to go through Waffen-SS officer training together. They served for a while on the Russian Front, before Artur caught the attention of Kasimir Ritter (aka Dieter of Germania who, unbeknownst to him at the time, is his biological grandfather) and was transferred to Auslands-SD, Germania.

He was promoted to the rank of Standartenführer as a reward for his service in Dieter’s cause during the attempted Germania coup, and was transferred to the Führer’s personal staff. He has since been further rewarded with the ranks of first Oberführer, and then with multiple promotions to his current  rank of Obergruppenführer, after returning the traitor Sebastian Beyer to Germania. On his appointment as Lord Mayor of Amber, Artur’s Germania rank was converted to “Honorary”. However, he maintains cordial relations with his grandfather.

He is a highly skilled ritual magician, and an expert on a variety of occult groups, including the Lynx Cult. He has also recently discovered a knack for working with computer systems of which he wasn’t previously aware. His duties on Dieter’s personal staff involved intelligence gathering on arcane matters, in which context he first met Ian Cushing – aka Ian Hawke. As reunions went, it wasn’t entirely successful, but since that time Artur and Ian have been working to get to know each other and Ian has acknowledged Artur as his son.

Until recently, Artur wasn’t a man who made friends easily, although that’s changed somewhat since the incident in the Boar’s Head, and he seems more inclined to smile now than he used to be. He is still close to Armand (with whom it appears there is a shared history back through various lives, as well as this one), and also his elder brother Wolf. He has been married once, but in the end he and his wife divorced. He has no known children.

With the accession of his father, Ian, as Grand Duke Designate of Helgram, Artur has become the designated Lord Mayor of Amber. 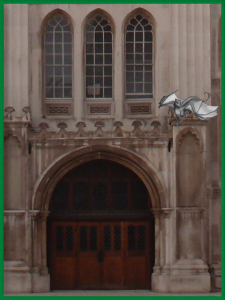 When “on duty” as Lord Mayor, he is always neatly attired in business suits, and doesn’t generally go armed. Off duty, and when he’s working at the Boar’s Head, he usually wears simple, open-necked long-sleeved shirts, which don’t look out of place for the Medieval period; loose trousers which would be comfortable for fighting in; knee-height boots which seem to be selected for comfort rather than style ; and he often wears an older-style leather jacket. He has taken to carrying a blade when he’s out and about in the City off duty.

Early in January of the second year of Bleys’s reign, he was involved in an incident in Amber City, where he apparently stabbed an unarmed man in the back in front of fifty witnesses. However, high-level investigations have since ascertained that the man in question was a member of the Lynx Cult, and a traitor to Germania.

Recently, he has started being accompanied occasionally by a silver and black ice lizard which is about  the size of a small eagle. If Artur is doing paperwork, however, Drax has a habit of perching on the crenelations above the Guildhall door.

At this point in time, he is known to have two children, Ke’ahi and Konani, with Mahuika ke keike Pele. Konani was born first, but Ke’ahi has taken the older apperance. 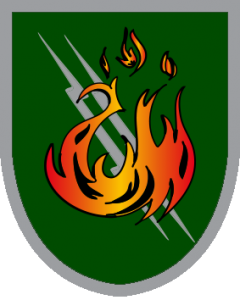 The Right Honourable Lord Mayor of Amber and Duke of Amber City
Commander of the Order of the Unicorn
Freiherr von Rüthen and holder of the Knight’s Cross with Oak Leaves and Laurels, Germania.
Honorary Obergruppenführer, Knight of the Inner Circle and Guardian of the Wewelsburg, Germania.

He has also walked the Amber Pattern and has been formally acknowledged as the son of Ian Hawke, and a Prince of Amber.
Officer of the Order of the Unicorn, Amber.

Prince of Helgram
Companion of the Order of the Dragon, Thelbane.

Ruler of Britannicus.
Ruler of the Ancient World of Valhalla. 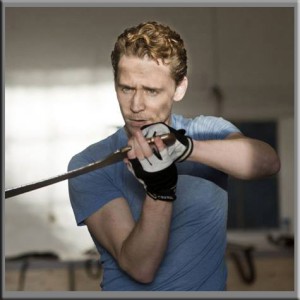 In his dealings with the Family, Artur has proven himself to be an exceedingly skilled ritual practitioner, with a strength of will considerably higher than his father’s, and an underlying ruthless streak which gets the job done.

On the more mundane side, he is an experienced intelligence operative. In addition, he is hacker and computer operator of considerable skill, as well as an able administrator. He is also a talented artist and natural linguist.

He isn’t one of the more sporty members of the family, but he is a skilled fencer and he enjoys running.

By now it is also pretty well known that he’s the current incarnation of Loki, Asgardian God of Fire, Destruction and Mischief, and there are indications that perhaps his sanity is not what it used to be. However, he puts on really good fireworks displays. He also seems to have adopted a gold coin as a calling card.

Since he became Lord Mayor of Amber, Artur has lived primarily in the Mansion House. The apartment is located to the rear of the first floor, above the main state rooms on the ground floor, and comprises a lounge, dining room, office/library, four bedrooms and bathroom facilities.  The initial impression for visitors is that the furnishings are “official”, but as they look around, more personal touches are apparent – a painting here, a photograph there, and much of the Norse/Germanic-style art and hangings which were originally in his Amber apartment. He has inherited the Working space in the smallest bedroom.

Additionally, he keeps a small suite of rooms above the Boar’s Head, although currently, they’re being occupied by his son Ke’ahi, when he’s in Amber.

He has also rebuild a fortified manor house on the lands he was given as Duke of Amber City, when he succeeded his father to that position.

Unlike his brother Wolf and his best friend Armand, Artur has not completely decamped from his original quarters in the NW Wing. Probably because he’s very rarely there. They comprise a small lounge, part of it separated into a study and library area, and a bedroom. The floors are covered throughout with a reasonably thick grey carpet, which keeps some of the chill out of the air. The furniture is all simple and locally made. Three comfortable chairs are arranged around a table near the fireplace, and off to one side is a small desk with a bookcase beside it. There is also a table near the window with two dining chairs, although he rarely dines in his quarters.

The hangings on the wall are obviously expensive, but rather than the usual court and hunting scenes, they show abstract patterns and geometric designs. The colours are predominantly greens, blues, purples and greys. Other than these the only personal effects are a couple of family photos, and a painting of a medieval castle, almost certainly one of the various Wewelsburgs.

The bedroom contains queen-width bed, a small chest of drawers with a mirror on it, and cupboard against one wall. A dark green curtain screens off the facilities.

Since the Chamberlain ceased having the palace staff maintaining and cleaning the NW Wing, Artur has hired a maid to come in to clean once a week, at his own expense.

He also maintains a small apartment just off the Kdamm in Berlin, Germania.