Daughter of Dieter of Germania, Granddaughter of Brand 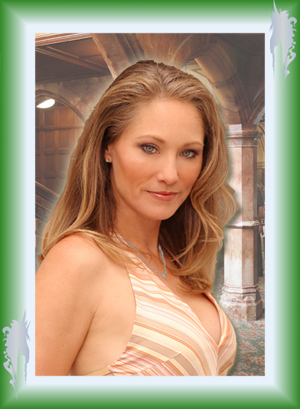 Marina is the archetypal Aryan blond, which is probably unsurprising, given who her father is. She looks to be in her early-thirties, and has long blonde hair, grey-blue eyes and a fair complexion. She stands around 5’8″ and undeniably has curves in all the right places. She is pretty, but underlying that is the trace of hardness in her expression, as if she knows exactly what she wants, and doesn’t take fools lightly.

In her Trump she is wearing a summer dress in striped cotton, and looks calm and relaxed.

Marina is a native of Tenterden. From comments Ian has occasionally dropped, he and Marina met something like thirty years ago, Tenterden time, and have had an on-again off-again relationship since then. Perhaps more friends with benefits than formal lovers. She is a career journalist, primarily for Die Welt, although she has occasionally freelanced. She has a reputation for being a smart cookie, who has a knack for learning what she wants from people before they realise they’ve told her, which has proven very useful in her journalistic career. It has also been suggested that she has worked as an agent for her father in various locations around Tenterden.

Ian brought her to the Pattern at Dieter’s request, after the Germania working.

She is known to have four children with Ian, all of whom are recorded in the Helgram House Roles.

Given who her father is, she can also to claim membership of the House of Brandenburg.

Her Trump has arrived in both the Family Deck and the Thelbane Trump Deck.