Michelle stands about 5’4″ tall, weighs about 115 lbs. Dark brown hair, brown eyes, slender athletic build. Strong Asian influences in her features and coloring. Looks to be in her late 20’s to early 30’s. Wears modern designer clothing for the most part.

Michelle’s Symbol: a blue dragon with red claws facing a red sun on a yellow shield 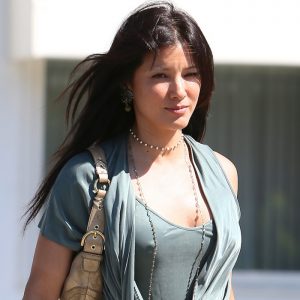 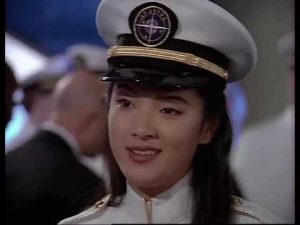 Michelle is the daughter of Aleksandr in Qin or the China realm in Greater Pacifica. She has an older brother, Tien-Lung Etienne, the Emperor, and a younger brother, Talon Adalrik. Michelle loves the latest fashions, and when off duty, dresses to the nines. She is the senior naval officer in Qin, and quite good at her job. She’s studied enough sorcery to get her into and out of trouble repeatedly. She loves to attend parties and other high society functions.