Formerly The Oyster and the Pearl 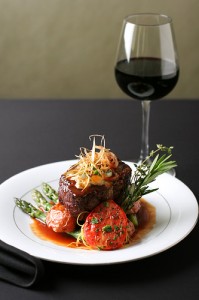 Up on the Grove Heights, nestled into a bluff and with a gorgeous view of a lot of the city and harbor below. It has no less than seven different levels, some more than one floor, three different kitchens, and a long waiting line usually… unless you’re royal. In which case they can usually find you a table in all but the buffet area fairly quickly. (With the recent influx of Chaos that can sort of rub them the other way as it’s Amber linked royals that get the preference. They are fair though, as in demons in demonform may dine at this establishment, they may get seated off to the side however. If they are in humanoform and no horns, they are seated as would anyone else.) They will seat and serve other sentients on a case by case basis.(Jericho Channicut’s companion Michael would be served, for example)

One of the levels, The Mermaid Cove, in it’s heyday was a fantasy of majestic corals, carved stone, glittering pools and water and view side dining. Since the war with Rebma, it has been closed and is undergoing a serious, extensive, and lengthy renovation. Someone has added a lovely painted seascape mural on the arch and door block installed to keep the construction mayhem of dirt and grime and noise and smells from bothering patrons in other parts. No you can’t get a peek either, it’s pretty firmly closed off and no peep holes. If one looks, in a corner someone pencilled a good study of a lynx head about the size of a quarter, then put a circle with slash/hash over it on the mural. As in no-lynx zone.

As The Oyster and the Pearl, the top two levels were the Moonbeam Room, a sort of private four table lounge with skylight done in silvery and pale hues, a bit of stained glass in similar shades, and a view onto the distant horizon (the glass blurring most of the city and harbor view) and a dining area for private parties. Next level was a bigger area called the Mist Deck, in lots of pastel shades, a touch of a nautical bent, and sliding doors that allowed access to a balcony that could hold a few more small tables. The menu was heavily seafood and fresh, and a lot of it served raw (sushi like).

The next three were the Admiral’s Lounge, a bar and seafood pub layer with cocktails and a small dance floor, and another nice balcony that could hold several tables. Dark polished wood, brass, and a few ship parts for flavor. Next down is a dining room with dance floor, called the Lagoon Room; mostly rented out or if the level below booked full. Next level was the Captain’s Table, somewhat of a nautical theme, a bit pubby, and reservations only. It also has a balcony out for the view.

The next four floors were called The Oyster Rooms… the top one of this is mostly like a lounge for drinking and scarfing appetizers and seafood, it has a surf like beach decorating feel. Steamed shellfish and crustaceans, and grilled fish fill the menu here. Yes put the trashcan out and newspaper on the table, for cracking crab and other good things like that.
Next floor down is the main entry level (the Grotto) off the road and parking stables,it houses the lovely double helix staircase that rises up to most of the other levels… and has seating for those waiting to be seated or escorted to their function or private dining reservations. It is sort of hewn rock, sandy beach, and shore… some daytime buffet dining is about half this floor along with a large balcony area outside, some descends to a bit of a flat ledge/grass area.

Next one down is more blues and greens, lush greenery, and some pools and running water, the windows and such are also done in colors to give an underwater feel. A lot of booths built in with tabletops, the booths are fabric upolstered. It is quiet and peaceful, the booths are set such that they seem to keep sound within them from broadcasting across the place. Basic but good menu here in the Tidal Pool.

The bottom level, the Mermaid’s Cove, is the little wonder. it goes INTO the rock a ways looking like a natural cave, and done with some lovely mosaics of coral, mother of pearl, abalone shell, and other such things. A few tables tuck in here and there, amongst the rockwork and running water. The lighting is magical and IN the water, and helped cast the blues and greens of underwater. It was known for tame very large goldfish in some of the pools, and the server would bring things for the patrons to feed the fish if asked. One sassy orange one called Marmalade was known for gulping air at the surface and blowing bubbles out it’s gills to get attention and beg for cooked peas. 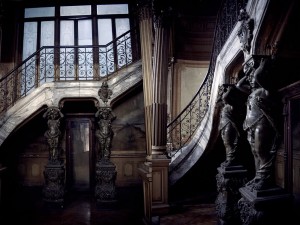 As the Topaz, the chefs at the respective kitchens have remained, but some of the decor will be changing. At present the Moonbeam Room and Mist Deck are still open, serving fine cuisine (some menu changes); with extensive wine list. Formal dress and reservations required. Five star chef, and staff, cook to order off a limited and changing menu.

Admiral’s Lounge, Lagoon Room, and Captain’s Table also still open, Reservations strongly suggested and there may be a waiting line. Dress is suggested as relaxed formal. World class chef and staff, cook to order off a limited menu and a few standard fare items. The absolutely best food in the place is available in the Admiral’s Lounge. Anything available to drink in the Moonbeam Room or Mist Deck is available here as well as mixed drinks.

The buffet level Grotto is still open as is the Beach Lounge. Reservations suggested and there may be a waiting line. The dress code is ‘casual’. (Shoes and shirt though, and nether regions adequately camoflaged)

The Tidal Pool and Mermaid’s Cove levels are closed at the moment. It’s rumored mostly they have to deal with a few mural and mosaic sections that could be seen as pro-Rebma and pro-Moire at the moment… and careful excision and replacement WOULD take a while. Hopefully if they are going to remove the questionable art they will do so carefully to preserve them, as well as take some care in the replacements so as to preserve the overall decor of both floors.

[no the buffet does not do chicken nuggets! Neither will any of the other kitchens associated with the Topaz. Please do NOT ask. You don’t want to see what the Head Chef >might< send out at such a request as that. They also do not and will not make a slurpee. The closest equivalent would be a ‘mockrita’ or a margarita without alcohol.

The Grotto during buffet time varies from about 15 to 20 gold, but that gives all you can eat of some very good buffet, including at time lobster tails and usually shrimp done three or four different ways, and on occasion carved prime rib and the like. It also includes beverage including house beer and the house white or red wines, the latter about a full bottle per patron. There are some lunch specials, served to the table that can be had for maybe a gold, those are limited and offered on occasion. Breakfast brunch of biscuits and gravy, juice and coffee; three egg omlette with hashbrowns, toast, juice and coffee; seafood and cheese tossed salad and beverage; endless bowl of clam chowder and beverage; grilled cheese on wheat or rye and cup of chowder and beverage; etc.

The Beach Lounge ala carte will run about 25 gold per patron. They have lunch specials for about 5 gold, daily; various deli type sandwiches, frenchfries or similar, and a cup of soup with beverage. They occasionally have the 1 gold lunch specials the Grotto has as well. Ala carte offerings are appetizers such as breaded fried zucchini slices, deep fried mozzerella sticks and deep fried breaded mushrooms, onion rings… dinners include new york strip or small ribeye and trimmings, trout or salmon with trimmings, etc.

Portions are goodly sized, one will not starve.

The Captain’s Table will run probably 30 to 50 gold, they have larger cuts of steak, including a porterhouse; surfNturf; lobster; large shrimp; chicken, duck…. That will include a glass or two of house wine or beer. They tend not to run specials. They do have a roast beef dinner with trimmings for about 20 gold for the more budget minded.

The Admiral’s Lounge has both upscale food and lots of appetizers; without drinks, an appetizer platter to go with your drinks is 5-15 gold, and meals start at about 30 and can reach a hundred or so. One can get by for 2-3 house beers or wine, an appetizer; for about 10 gold. An evening can be passed there for about 20 gold.

Menu will include wings, chili with trimmings (bowl on platter of things to eat with it), personal size shepard’s pie and other mentioned appetizers.

A dinner may be lobstertail and eye of rib steak for 50-70 depending on the weight of the lobster, fillet of salmon steak and scallops for about 40, a 24 oz porterhouse for about 45, and of course all trimmings (soup, salad, vegetable). Some menu items are fixed, some vary by the night. Coque au Vin, a panful, is about 30 gold and has soup and salad; when it is offered. This can be enough to feed two.

The Moonbeam Room and Mist Deck, will feature top class dining and a meal without alcohol can start at about 100 gold. At the moment Sushi is unavailable.

A brace of quail and trout fillets, with wild rice, candied glazed carrots, and apple stuffing, with cup of beef barley soup and a tossed salad with cheese, radishes, and vinagerete, is 110….

Fillet Mignion medallion wrapped in bacon with a stuffed portabella cap with burgundy; asparagus tips with hollandaise sauce, and salad with raddico, curly endive, and others with a light dressing, and a cup of clam chowder; 160.

Brace of lobsters, full lobster, with smothered baked potato, brussels sprouts with lemon sauce, and cup of oyster stew, and a small shrimp cocktail, 400 and up (mimimum 8 pounds of lobster tail guaranteed)

King Crab, full crab, salad with bleu cheese and oranges, twice baked potato with bacon, cup of oyster stew, 250 and up (depending on weight of crab)

Moonbeam Room does not have lunch or dinner specials, has no kid’s menu.

Beverages, wine and other alcohol is ordered by the bottle, and vintage and vinyard, if applicable.  A good house wine will start at about 50, and there is a wide choice for under 200… there are bottles in stock going several thousand. One may take any leftover of their bottle to go, they can recork.

They also stock brandies and vodka and other alcohols, Oberonic can run many thousands. 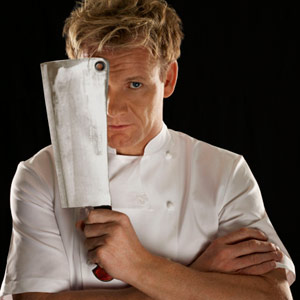 In the Admiral’s Lounge the chef may come out and check personally on how the meal is especially if those that ordered are royals. He will usually take no cr*p but in some cases depending on who the client is; can bite his tongue. He also prepares some of the food available in the Moonbeam Room.