Crown Prince of House Helgram and Helgram representative in the Black Zone. 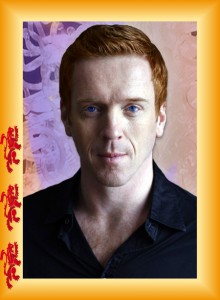 In his human form, Jowan looks to be in his mid-to-late-thirties. He stands 6’1”, and has the build of an athlete, rather than a bodybuilder, probably weighing in in the region of 165lb. He very much has the Helgram stamp about him. His hair is noticeably red, short at the sides but slightly longer on the top , and he has sapphire blue eyes which darken towards the edges of the pupils. He comes across as always observing and taking an interest in his surroundings.

He is pictured in front of some kind of multi-coloured glass structure or artwork, twisted in a variety of different shapes which almost look like tentacles. He is dressed simply, in a blue shirt and dark grey trousers, and updated versions of his Trump have him carrying a blade on his right hip. He also has a falconer’s glove on his right hand, on which is perched a hawk roughly the size and shape of a peregrine falcon, but with plumage more like a golden eagle.

His other standard forms are a red fox; an elemental form based on planes of glass, and a compact, combat-orientated demon form which looks like liquid metal.

Being a creature of Chaos, his Astral form isn’t wholly fixed in the way that most Pattern types would be. However, where it usually settles back to is a being of glass. More humanoid than anything else, but with the liquidity of molten glass, so it does adapt to circumstances.

Jowan is the son of Elowen, daughter of Daveth Helgram (a younger brother to the old Grand Duke) with Dybele Hendrake, making her a half sister to Queen Florimel, and the Amber Princes Geran, Dieter and Dalt. Dybele was disappointed that the child was female, and left the girl with her father, so Elowen was brought up a Helgram.

Jowan was born in House Helgram on 22nd December, eldest of a pair of twin boys, the younger being Thorn. If asked his age, he’d guess at somewhere in his mid-70s. Until recently, the name of his father was not recorded in the House records, but this omission has now been corrected, and he is the recognised son and heir of Grand Duke Ian. He was brought up within the House, where he received the typical education of a nobleman of the Courts (“magic, weapons, poisons, riding and dancing” – along with actual academic stuff). When he was a child, he was always a little different: the fluidity of the Courts seemed to confuse him, and he seemed to be physically unable to cope with it, which led to problems with other children his age. In the end, he was sent away into Shadow, where he remained for some years. Once he returned to Helgram, however, he seemed better equipped for life in a world based on non-Euclidian geometry. 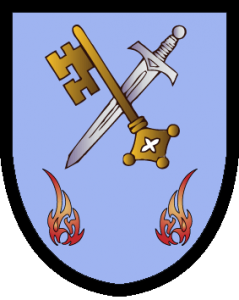 He studied shapeshifting with the Helgram teachers, and self-defence with his grandmother’s family, before becoming an active member of House Helgram. He soon became involved in trade and diplomatic missions, and in the process also gained a decent knowledge of law and jurisprudence, qualifying as a Thelbane legal practitioner. He did surprisingly well in his duties, as he lacks the  lazy streak  which so many of his family have, which he puts down to his Hendrake grandmother.

After he had served his House faithfully for some years, he was given the opportunity to take the Logrus. However, this proved to be far from straightforward, as he was particularly badly affected by the Logrus Madness. His recovery took years, rather than months. However, once it was complete, he went back out into Shadow for some time, “to find himself”, before returning to his duties in Helgram about five years ago. He has been the family representative in the Black Zone for around three years, reporting directly to Grand Duke Ian, and has been instrumental in the establishment of the Zócalo.

He has four acknowledged children: fraternal twins Lucretia and her brother, Cadan, with Imelda Hendrake; and Heinrich von Rostock and Wesley von Uberhausen, whose mothers names are not recorded in the House Rolls. Lucretia and Caden recently proved themselves in an incident in the Black Zone, were rewarded by being appointed as Dame/Knight Commanders of the Order of the Helgram Lion by His Majesty Grand Duke Bleys, and were given the opportunity to walk the Logrus.

He is on record in the Cathedral of the Serpent in Thelbane, as having sworn Vendetta against Caine Rilgason.

Master of the High Redoubt
Earl Seòras (a recent redesignation from Viscount, since his legitimisation)
Commander of Order of the Helgram Lion

Commander of the Order of Justin the Stern

He is acknowledged as a member of the Amber Royal Family, but has not walked the Pattern and does not hold any formal titles in that realm. 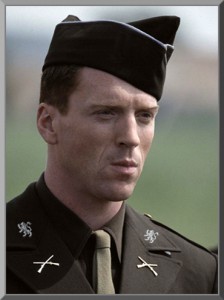 Since he began encountering members of the Amber Family, he has made no secret of the fact that he is a shape shifter and has walked the Logrus. He also seems adept in matters arcane – especially sorcery and conjuration.

He has a good head for business and diplomacy, and seems very well informed about matters in both Thelbane and the Black Zone.

He also appears to have had both military and combat training, as well as some kind of special operations experience.

He speaks several languages; is a noted musician, primarily with the guitar and piano, as well as their Chaos equivalents; and is an exhibiting artist with a preference for sculpture and working in glass.

Dealings with Amber and Parys

Jowan has little time for Amber and its ambitions in the Black Zone and the wider Courts of Chaos. However, he has visited the other end of the universe in a purely unofficial capacity, and has met both Prince Geran and Prince Ian. He was a guest in Welksham for a while, where he was taught more about Unlife, and how to identify and oppose it. During that time, it became apparent that somewhere, in a previous life, he does have some kind of past connection to the Mountain People.

He has also been seen in the more smokey jazz bars of Parys, often accompanied by Prince Art of Parys, with whom he seems to be friends. They have occasionally jammed together, and Jowan seems a pretty competent jazz guitarist.