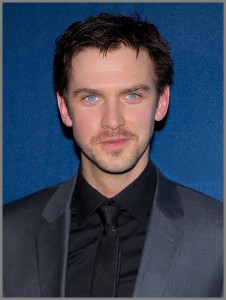 Prince Christophe Barimen, née Christophe François L’Embarel, is a son of Corwin Barimen, son of Oberon of Amber.  The circumstances and provenance of his birth are unknown, or at least have not been reliably reported.

He is now the High King of Greater Parys.

Currently married to Jorrah, daughter of Brand, they have two children together (Alexsander and Genevieve)

First married to Beatrice (RIP in childbirth), they had one child together (Jean Marc)

Upon arrival in Amber, Prince Christophe made a brief appearance in Court where he managed, in the course of ten minutes, to humiliate a senior courtier, swear allegiance to the Throne, and depart again.  He established temporary residence in the Royal Quarters in apartments overlooking the west courtyard.  Notices were posted in the west courtyard warning passersby of falling objects.

He wears fashions typical of 1930s Earth Prime’s aristocratic classes, similar to those depicted in the novel The Great Gatsby, with a focus on flannels, oxford cloth and silk.  He is clean shaven and impeccably groomed, favoring an obscure cologne which he refers to as “Night in the Swamp Number Four”, despite it’s obvious quality and reportedly hideous cost.

Notes on Prince Christophe from the Tiereth ‘Envoy’s Guide’

Prince Christophe is the smartest, cleverest, most sophisticated and interesting man in all creation.  Just ask him.  He’ll tell you. AT LENGTH.  GREAT LENGTH.