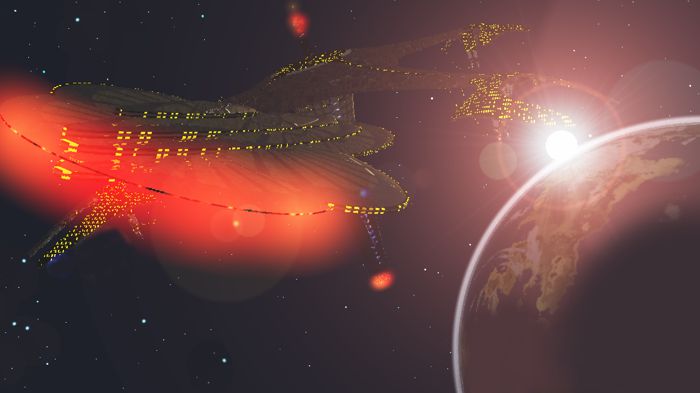 During the reign of Oberon, Dharmvyadha was the center of a major trade route between Amber and Thelbane. Approximately 5000 years ago the shadow was sealed up and forgotten. Recent battles in Herzog brought the existence of this remarkable shadow to light again. An expedition from Herzog transgressed the barrier between the two shadows revealing it. A vast swamp a huge palace complex was found at its center. Choked with vegetation and odd monsters, the shadow was rediscovered.

During the flight they fly over hundreds of kilometers of lush, green jungle and swamp. Every hilltop has something upon it – a small town and cluster of farms. And extensive, raises mega-lift rail system connects the communities along with a highways system built through the jungle.

The city towers can be seen raising above the horizon one hundred kilometers away.  At  Mach five it is a quick half hour flight to the capitol in. The city is constructed on series of hills surrounded by a huge lake. Five canals, 400 meters wide with double rail lines on each side. Originally there were four canal, a fifth has recently opened. Shipping and rail pass along the canal to the lake and rail junction where freight directed down the arteries. High arched bridges cross the canals where they enter the lake.

The city of 30 million is completely surrounded by water – lake and swamp. Huge, gently curving buildings rise thousands of meters into the air. Huge green spaces surround each of the huge tower complexes. On the south side of the city is a huge platform. This is the space and ship port for the city. As you come in you will see a sleek hollow in the middle, oval shaped silvery vessel lifting off an heading up into space. It is 1000 meters in long with two wings spreading out from the right and left.

Andres brings the car down into a complex of five massive buildings constructed on the top of the largest hill. The flying car comes down in the middle of a garden on a stone pad. Two women approached down a shone path. The garden is bright and colourful with full trees carefully sculpted flower plots. The five towers rise up two kilometers into the sky. They do not block the sun light or cast a shadow. The light seems to go right through them.

The doors open up and Andres climbs out. He spreads his arms and says. “Welcome to Dharni. I love this city.” 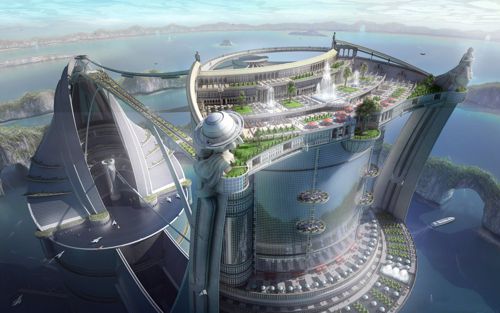 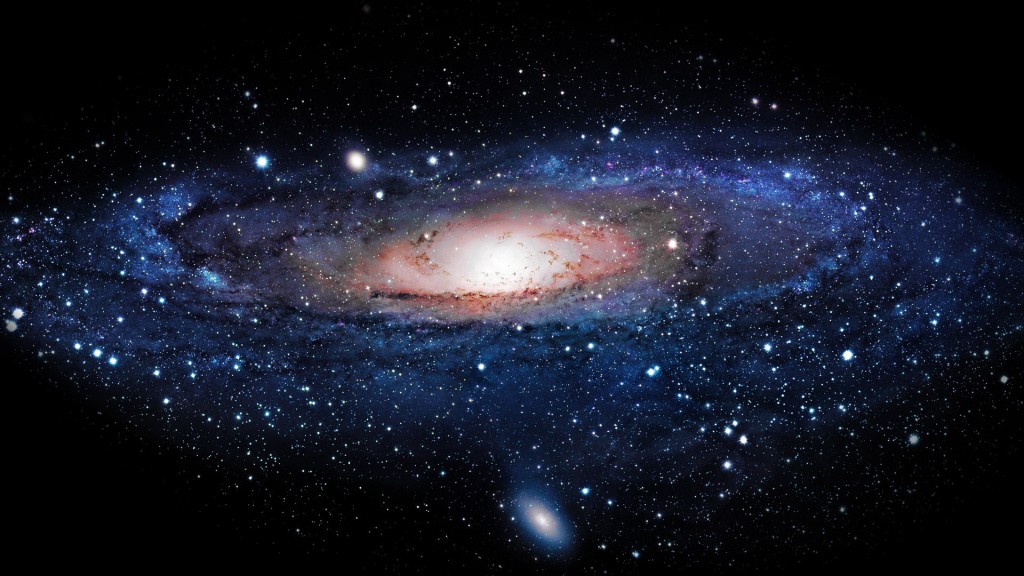 The planet Dharmvyadha resided within in is a spiral galaxy with hundreds of thousands of habitable solar systems. Only 5% had been explored by the Dharni. No other sentient races have been encountered. Exploration was suspended when Dharmvyadha shut down and the people went into hibernation. Exploration has since begun again.

A typical dharni appears to have the build of a human with elven ears and features. A mono-gender race—distinctly feminine in appearance and having maternal instincts—the dharni are known for their elegance, diplomacy and biotic talent. Their two and a half millennia lifespan and unique physiology that allows them to reproduce with a partner of any gender or species, gives them a conservative but convivial attitude toward other races. They have no concept of gender differences. Male and female have no real meaning to them. If asked, says that she is “not precisely a woman or a man.”

Although dharni have one gender, they are not asexual. An dharni provides two copies of her own genes to her offspring, which—regardless of the species or sex of the ‘father’—is always an dharni, and in the case that the offspring is of two dharni, the father is the one who does not give birth. The second set is altered in a unique process called melding, also known as the joining.Because of their long lifespan, dharni tend to have a “long view” not common in other races. When they encounter a new species or situation, the dharni are more comfortable with an extended period of passive observation and study than immediate action. They are unfazed that some of their investments or decisions may not pay off for decades or centuries. The dharni instinctively seek to maintain stable balances of economic, political, and military power.

Dharni believe that their offspring acquire the best qualities of the “father” from the melded genes, but evidence is anecdotal. They frown upon intraspecies conception, since genetic traits and cultural insight is gained from mating outside their species, so it’s considered wasteful for dharni to reproduce together. The results of such unions are occasionally referred to as “purebloods”, a great insult among contemporary dharni. Regardless of who the father, the offspring will be dharni. The species breeds true to self. Because of their natural sensuality and ability to mate with any species, dharni are sometimes rumoured to be promiscuous. In fact, dharni have to accept that if they mate outside their own species, they will almost inevitably outlive their partner. Therefore, they have had to apply their philosophical “long view” to relationships as well, savouring the time they spend with their partners rather than focusing on their inevitable loss. As a result of the age difference many dharni raise their daughters alone, especially if the “father” species is short-lived. Despite their partner’s death, a part of them will live within their other. The dharni worship their ancestors; “My mother’s mother’s mother was a great woman. She did so many wondrous feats.” The stories of the great mothers of the past down in music and plays. The people put their trust and love in mothers.

A few dharni abandon all but a few personal possessions to become Paladi, members of an ancient order of dharni adhering to a strict code. A Paladi is a dharni who has forsworn having children and family, and given up all worldly possessions aside from weapons and armor. They swear oaths called the Oaths of Servitude. These pledge protection of the innocent, the punishment of the guilty, and defense of common law and the norms of dharni society. This means Paladis will never overthrow an existing government, and will instead preserve the existing laws of the dharni without the risk of staging a coup should the government be judged unjust. The Oath and duties of the Paladi to that of the knights-errant in Medieval Christendom, or the Japanese samurai.  It is unknown whether the Oath has prescriptions for ritual suicide, should a Paladi be unable to fulfill her duties.

Normal distance Dharmvyadha to either Herzog, Ygg, Keep for the Four Worlds (alternate exit) and ancient Earth is approximately fifteen hundred shadows. Routing through Dharmvyadha cuts the distance down to three shadow.

No charge for goods materials and people other that for military purposes (See below).

If it takes one day for a vessel to transit one shadow (estimate) it will take 3000 days to reach Amber from Thelbane. At and average cost of 31.25* Amber gold per day  the total cost of transit will be 93750 Amber gold. For example: shipping a 10000 ton cargo through Dharmvyadha at 25 Amber silver per ton will be 250,000 Amber silver or 2500 Amber gold making the saving 91250 Amber gold in shipping costs.*(based on the average daily trans pacific shipping cost from Las Angeles to Shanghai at $50000 per day divided by $1600 per once of gold)

Security of the cargo on vessel or trains in transit is the concern of the shipper. Security of the transit facilities is the responsibility of Dharmvyadha. The shippers private security personnel on board vessels and trains passing through the territory are not allowed to disembark while in transit. The canals and rail system is protected by a secured wall behind three layers of security fencing. Only authorized, indigenous personnel are allowed into this area.

ARE STRICTLY RESTRICTED UNLESS BY SPECIAL ARRANGMENT. THEY ARE SUBJECT TO SEPARATE FEES, CONTRACTS AND RESTRISTIONS

Leasing of facilities is permitted and subject to Dharmvyadha law. Included in the ease are berthing rights at the five ports, warehouse and maintenance facilities. Such facilities are corporate controlled for the duration of the lease. Cost of leasing is a separate to transit fees and is paid on yearly basis. Costs depend on the size facilities requested. Berth for one ship, a small warehouse and maintenance facility start at 250 Amber gold per year. The facilities infrastructure is maintained by Dharmvyadha and is include in the fee.

Corporate citizens infringing on Dharmvyadha are subject to corporate prosecution and penalty other than in areas of Dharmvyadha national security (spying, espionage or acts of terrorism.)

The corporation will be responsible for environmental damage proven to have occurred by negligence of the corporation.