Wendell is a well-placed member of the Helgram family whose father is Archduke John of Thelbane and Amber. With John’s accession to the position of Crown Prince of Amber, Wendell is now second-in-line to the Amber Throne. He also holds the titles of Marquess of Wendellways within House Helgram; and also holds an equivalent title in Amber and in the Golden Circle.

Wendell is a bureaucrat in Amber, with the sinecure position of Assistant Deputy Minister Without Portfolio.  He also serves as a Visiting Lecturer to the Helgram Academy. He was recently been appointed to a tenured position as a Full Professor at the Wotan Magnus Institute of Wizardry and Sorcery in Amber City by King Bleys, his grandfather. He has also been given a dozen Royal  Commissions from his grandfather King Bleys and is unofficially known as the Gopher-in-Chief to the Royal Courts of Amberand Avernus. He holds the rank of Brigadier General in the Amber Militia, although there is no active Amber militia outside of the Baronies.

Following the accession of Grand Duke Ian to House Helgram, the position formerly held by Wendell, of Minister of Constitutional Affairs and in charge of promoting Helgram independence, was removed from the House statutes. However, Wendell retains his other titles and honours within the House.

In his former position, he was willing to defy King Swayville with respect to Helgram independence, by virtue that he is a great-grandson of the King. While his indiscretions were largely tolerated, Swayville occasionally reminded him of his displeasure by assigning him “tutorial work” with the sons of his grand nephew Lucius von Palatine (Phillip and Alexander) when he went too far.

Owner of the Black Bunny Bar and Restaurant

Wendell has created a new recreational facility in Amber City with the Black Bunny Bar and Restaurant. Patronized by the paragon Gertie and her stuffed black rabbit, the Black Bunny is a favourite of Prince Wendell’s friends and supporters in Amber City. Originally designed as a private club, it soon went public due to the popularity of the upscale restaurant with simple good food and a laid back atmosphere.

After Wendell’s half-uncle Prince Patrick was forbidden to bring in chili from his own personal restaurant to eat, Patrick attempted to buy the restaurant to fire the server and staff. When he found out it was Wendell, Patrick and Wendell ended up having a casual feud that divided the Amber Helgrams into Wendell and Patrick factions. Though tempers have cooled down, Patrick to this day refused to enter the Black Bunny Restaurant and Bar.

Wendell recently obtained control of the realm of Camlann, with the assistance of Prince Edward, King of nearby Avalon with Princes Artur, Hal and Dave.

“Ganelon squatted on his haunches beneath an oak tree The man hung from it.

He was young and fair of hair and complexion. Beyond that, it was hard to say at a glance.

It is difficult, I discovered, to obtain a clear initial impression as to a man’s features and size when he is hanging upside down several feet above the ground. His hands had been tied behind his back and he hung from a low bough by a rope that had been knotted about his right ankle. He was talking-brief, rapid phrases in response to Ganelon’s questions-and his face was moist with spittle and sweat. He did not hang limply, but swung back and forth.

There was an abrasion on his cheek and several spots of blood on his shirt front. As his body slowed, Ganelon prodded him in the sternum with the tip of his blade and set him to swinging violently once again. This broke the skin lightly and another red spot appeared.

At this, the boy cried out. From his complexion, I could see now that he was a youth. Ganelon extended his blade and held its point several inches beyond the place the boy’s throat would come to on the backswing.

At the last moment, he snatched it back and chuckled as the boy writhed and cried out, “Please!”

“The rest,” said Ganelon. “Tell me everything.”

“They swept on by me then! I could not see”

“They were mounted. I was on foot.”

“Dazed? You were afraid! You deserted!”

Ganelon held his blade forth, snapped it away again at the final moment.

“And you fled then?”

“Yes! I kept running! I’ve been fleeing ever since…”

“And you know nothing of how things went after that?”

“You lie!” He moved the blade again.

“Ha!” he said, slapping the inside of the youth’s thigh so that he cried out. “A thief, a deserter-with an interesting tale to tell.” 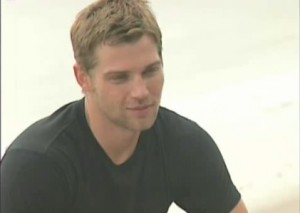 Then cut him down and let me hear it,” I said.

Ganelon turned and cut through the cord with one swipe of his blade. The boy fell to the ground and began sobbing.

“I caught him trying to steal our supplies and thought to question him about the area,” Ganelon said. “He’s come from Avalon-quickly.”

“He was a foot soldier in a battle that took place there two nights ago. He turned coward during the fighting and deserted.”

The youth began to mouth a denial and Ganelon kicked him. The boy moved sideways like a crab and looked at me with wide, pleading eyes.

“Battle? Who was fighting?” I asked.

Ganelon smiled grimly. “It sounds somewhat familiar,” he said. “The forces of Avalon were engaged in what seems to have been the largest-and perhaps final-of a long series of confrontations with beings not quite natural.”

I studied the boy and his eyes dropped, but I saw the fear that was there before they fell.

“…Women,” Ganelon said. “Pale furies out of some hell, lovely and cold. Armed and armored. Long, light hair. Eyes like ice. Mounted on white, firebreathing steeds that fed on human flesh, they came forth by night from a warren of caves in the mountains an earthquake opened several years ago. They raided, taking young men back with them as captives, killing all others. Many appeared later as a soulless infantry, following their van. This sounds very like the men of the Circle we knew.” …

“The deserter tells me this was tried,” said Ganelon, “and they always burst forth after a time, stronger than before.”

The boy was ashen, but he nodded when I looked toward him inquiringly. 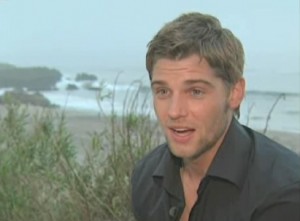 “The General, whom he calls the Protector, routed them many times,” Ganelon continued. “He even spent part of a night with their leader, a pale bitch named Lintra-whether in dalliance or parlay, I’m not certain. But nothing came of this. The raids continued and her forces grew stronger. The Protector finally decided to mass an all-out attack, in hopes of destroying them utterly. It was during that battle that this one fled,” he said, indicating the youth with a gesture of his blade, “which is why we do not know the ending to the story.” …

I laughed. It broke me up completely, and I could not stop laughing. He looked irritated, then puzzled. Then he began laughing himself. The youth regarded us as if we were a pair of maniacs… I saw no real choice. All of the shadows near to what I desired would be similarly involved. I could lay my course for one which did not possess such involvement, but in reaching it I would have achieved the wrong place. That which I desired would not be available there. If the forays of chaos kept occurring on my desire-walk through Shadow, then they were bound up with the nature of the desire and would have to be dealt with, one way or another, sooner or later. They could not be avoided. Such was the nature of the game, and I could not complain because I had laid down the rules.

The youth let out a brief cry, and then-perhaps from some feeling of indebtedness for my having prevented Ganelon from poking holes in him- warned, “Do not go to Avalon, sir! There is nothing there that you could desire! You will be slain!”

– The Corwin Chronicles – Guns of Avalon

Notes from Prince John of Helgram, Amber and Duke of Johnways

…All is lost. The brave army that marched through Arden Forest, that has never been done  before, perished, in an attempt to storm Amber Castle. Corwin was captured and presumed insane after being blinded by tyrant Eric.

Our unreliable ally, Benedict the warlord of Avalon and Lorraine, considered my small reserve army of Helgrams to be a liability and embarrassment. While the Jesbys and their Hendrake hellmaid allies marching down the Black Road, a Helgram army was a great inconvenience…

…Without warning, our position in Camlann was assaulted. It was a 3 am raid after the Celebration of the Grand Duke’s birthday. Most of our forces were still revelling and even I had gone to bed later than normal….

…. I was awoken with the news that Benedict and his army is now storming out main garrison and his advance commandos were due any minute…

“…What of the boys?” I asked my Chief of Staff who was burning documents, he was already in demon form compared to my preferred human form,  as I hurriedly dressed. 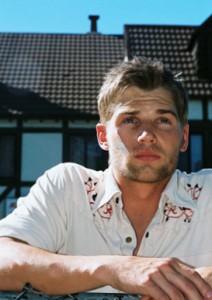 My son, as my Aide de Camp and Chief Secretary, Wendell was in the forward garrison that night to raise morale. Wallace was still deathly ill from a bottle of Jesby flavoured wine that Eric of Amber had tricked up into taking. Wallace was the military man and deputy commander. His brother, Wendell, I removed him from a possible sine cure professorship at the Academy to come with me in the war to put my father, Bleys on the throne of Amber.

Gaius, Obie, so many of my brothers and sisters, dead. What else will this war cost? Damn the Land of the Unicorn to fall into the Abyss. I thought.

“They are on their own,” he finally said as I found him dragging me through a trump he had in his hand. There was a crash through the roof as my last sight was Benedict’s elite commandos coming down. The sight of the Clock in Helgramways was my next vision. There were still two crossbow bolts in my thigh and lung. Thank the Dragon for Helgram healers. My own rescuer was already dead with the trump in his hands as we got through.”