Hironori stands about 6′ tall, weighs about 175 lbs. He has black hair and brown eyes. Definite Asian influence in his coloring and appearance. Hironori looks to be in his 30’s. He dresses appropriately for the occasion. 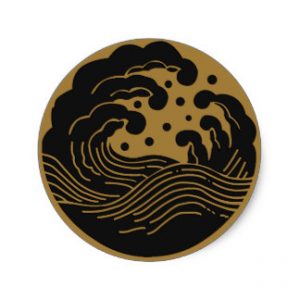 Hironori was born in the realm called Nihon, in Greater Pacifica, the son of a Nihonese Imperial princess, Amaretsu Ashikaga and Alksandr of Parys. Hironori grew up in Nihon under his maternal family’s direction and his father’s as well. Hironori is a proud and honorable man and takes pride in his family. Nihon is a Rock of Creation very much like Shadow Earth but Japanese in flavor. Hironori is the younger brother of Tenaka and Marianne. Hironori was trained in the ancient arts of the Samurai warrior. He is very skilled in armed and unarmed combat, much like his noble father, though not yet to the same degree of course. He has also learned Sorcery from his half siblings. He is also a student of history and archeology.

He wields a bone white katana, rumored to be made from a dragon’s tooth.