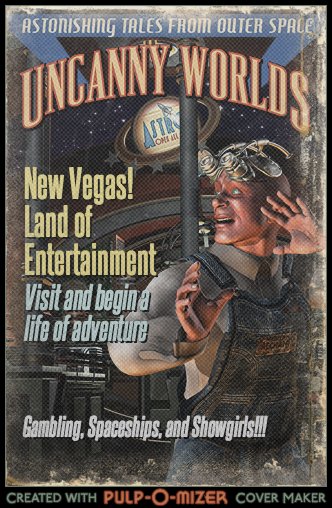 New Vegas is an ecumenopolis. It covers the large continent of Nevada and extends under the ocean to cover the sea bed. The only part of the planet that is not covered by the city is at the connection point to greater shadow. New Vegas is also called City of a Thousand Planets. Using very advanced technology it is possible to walk to another planet on the far side of the galaxy.

Sheridan has been appointed First Prince of New Vegas.