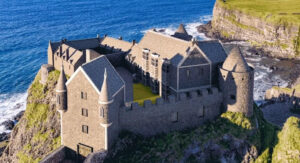 Dunluce is a Medieval-style castle built on the Southern coast of Amber with direct access to the bay around it. It was built originally by Oberon and used as an annual escape from the Amber Winter or a palace by the seaside to enjoy the sea breezes in the Summer. 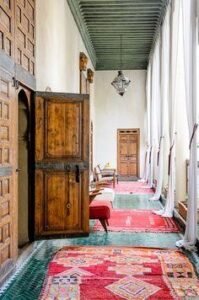 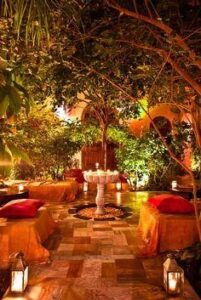 The Castle, with its foundations strengthened, appears unchanged from the outside. Internally, it has been substantially remodelled in the Moorish style, with high ceilings and pools of shallow water throughout the ground floor and Courtyard to push cooler breezes through the interior. There are potted plants everywhere and tall floor-based Moorish lights with their coloured glass reflected all around the inner Courtyard by night. Parts of the castle have been redecorated in tiles of intricate Moorish design. 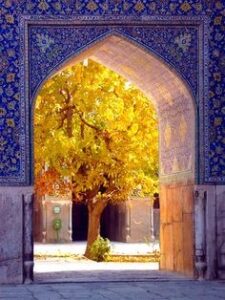 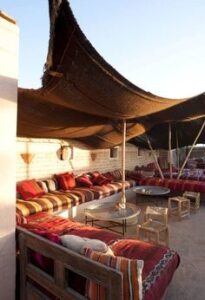 The Courtyard has a clear roof that can be pulled across to protect the inhabitants from the occasional storm. It has a fine selection of soft and comfortable seating for conversations and gatherings but can be quickly converted into a large dining area or, indeed, a hub for military activity. 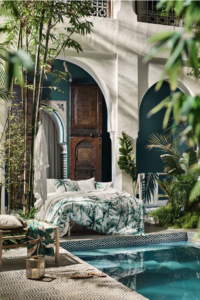 The sole bathing pool within the Castle is in Myfanwy’s chambers. 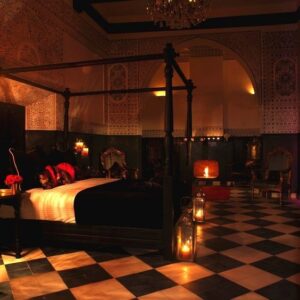 Bedchambers are mostly off the corridor that runs around the Central Courtyard, a storey above it. They are comfortable without being ostentatious and all have en-suite facilities. The Castle is also equipped with modern restrooms.

There are large internal spaces for large and private meetings, formal dining, workspaces and a hamman. The castle has a massive working kitchen, together with storage and preparation areas and a substantial wine and spirit stock. There is living and work space for the troops garrisoned here (all in Myfanwy’s muted green uniforms with a flash of a gold Sun against a blood red background) and they can be seen carrying out various duties both here and out to Bowmaris. Both men and women are among her military staff. There is a small ugly brown dog that hangs about the Castle for much of the time. He wanders freely most of the day and night, throughout the castle including kitchens and dining rooms. There are gardens dotted in and about the castle mostly planted with highly scented roses.

Steps lead from the castle down to several bays. One is sheltered and has a lido pool built into the sea where people can bathe safely without unwanted intrusions from sharks, jellyfish and the like. Beyond that, the waters are shallow and several break waters protect this bay from the more rigorous actions of Moon and tide. On the far side of the bay is a jetty and this is deeper water where a private yacht might moor safely and the older generation can swim out to enjoy more exciting sea action. At the far end of this bay are the small boats of fishermen who bring their catch each day up to the Castle and inland to be sold at market in the small village that has woken up again around Bowmaris.

There are a few paintings on the plain internal walls of Dunluce. Among them: a landscape of Kolvir, another from near Garnath and a number of portraits.