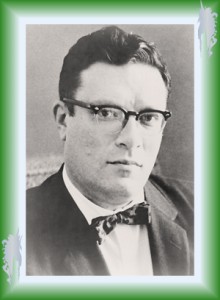 HD – How did you evaluate the success of the Lambeth Olympics. all indicators call it successful.

Financially successful. Personally stressful. But very few nations can host the IOC. I believe UT would be a good choice for the next games.

HD – Why do you say that? They view tourists as spies.

Isaac – Think of it as an Olympic event for UT security.

HD -Would you have done anything differently?

HD – The Missing or imprisoned Contessa Franscesca di Grande Moolah – what is her current status?

Isaac – I couldn’t say. I would expect she’s either on the run or somewhere comfortable enjoying her spoils.

HD – Are there charges pending? If so, what crimes?

HD – Some accuse you of imprisoning those who have offended you or intrigued you. Can you comment?

Isaac – Any nation has the right to contain or subdue criminal, dangerous or disruptive elements. I am aware of this as a royal and as a psychiatrist who has handled commitments. There have been some Lynxists and others that I was able to rehabilitate. One of them was facing summary execution from Andres. Appropriate treatment is a matter of opinion. Lucius considers Ambernite and arena combat appropriate.

HD – What do you consider as appropriate punishment for Lynx sympathizers? Are those the primary inmates in your custody? Have they had fair trial?

Isaac – They haven’t been punished in the sense of incarceration, torture or labor. They’ve been given new orientation and purpose. And no, they have not been brainwashed. Their memories and personalities are intact.

HD – It is alleged that UT intelligence and revenue agents are harassing UT expatriates who fled before the crackdowns. Is it true they are threatening their families back home in UT?

Isaac – Again, I could not say. It is, unfortunately, consistent with elements of the UT government.

HD – Do you advocate UT change some of its laws and policies?

Isaac – I would call it a very good idea!

HD – How do you feel about Lambeth citizens being treated like spies when they visit UT?

Isaac – -They’re hardly being singled out.

HD – If your son or a citizen found themselves Ambernited for having full or partial blocked blood, what is Lambeth’s position on a privacy issue?

Isaac – I would caution such people against traveling to UT.

HD – Lambeth has been growing and having an economic boom. Do you predict growth to continue?

Isaac – I would encourage it to but of course expansion cannot be unlimited. Healthy growth is my aim.

HD – What areas or sectors would you like to grow?

HD – How has the Antilla Railway been in bringing jobs and trade to your world?

HD – Many of the Amber Princes consider it a security risk. Do you think so?

Isaac – Anything allowing people to come and go is a risk. And there is little growth without risk.

HD – How difficult was it growing up as a son of Fiona?

Isaac – I was privileged and advantaged in every way.

HD- Do you have memories of the previous reign of terror in Amber under King Eric?

HD – How did you get along with her parrots?

Isaac – Fine, although we disagreed on cats. I like them. Parrots are opinionated.

HD – What is your favourite breed and colour of cats?

HD – You were separated from your brother Icarus with him being with his father. Can you comment?

Isaac – Only that Icarus seems to have prospered. He clearly had a good environment.

HD – It is interesting as he is the only plutocrat in UT who’s assets will not go to the government since he is an immortal. Care to comment?

HD – You have another brother by your mother – Any plans to meet him?

HD – Do you have plans for children? What would be your reaction to Dara handing you a couple surprises as she has done with everyone?

Isaac – No firm plans. My immediate reaction to Dara would be asking her if she used a clean test tube.

HD – Why a clean test tube?

Isaac – I notice you didn’t ask “why a test tube?” But no, Dara is cautious and painstaking. The question would be simple teasing.

HD – How well do you and your sister Bryndel get along? Does she have a gambling problem?

Isaac – Excellent and not that I know of.

HD – Does she and Geran fight? Rumour has it she slapped Matthew once.

Isaac – I doubt the rumor. But I suppose she and Geran must have–and resolve–their disagreements.

HD – On the freedom vs government control, where Antilla is a one and UT is a ten, where is Lambeth?

Isaac – I would say a four.

Isaac – Rough estimate. We have some constraints but much freedom within them.

HD – How well do you get along with your cousin and brother in law Geran? Do you have concerns over his invasion of Eregnor and his feud with Prince Tone?

Isaac – Decently, not as well as before. Feuding with Tone may be one of the few things Geran and Lucius agree on.

HD – As a psychiatrist how do you recommend bringing Lucius and Geran to having better co-operation and friendship?

HD – Do you loot archeological treasures with Lucius and Matthew on their plundering raids?

Isaac – To be precise, I collect interesting or intriguing artifacts and specimens while on excursions with my cousins. And yes, some of these are live. My guards Rusty and Ginger, for example, were part of a warrior tribe designed and abandoned by Brand’s son Steve. I recently acquired a semi-telepathic humanoid from an unstable high-tech Shadow that was falling apart. I am also hosting musicians who sought escape from Earth 1975 after a military takeover.

HD – Did you save Gigi, Tone’s concubine, who lived in that Earth in Vancouver?

HD- Do you allow the Twins to visit Lambeth? Are there any restrictions

Isaac – There would have to be restrictions for them to visit. And perhaps a damage deposit.

HD – What restriction? What damage deposit? Why would they need one?

HD – How has Bear Worshippers impacted Lambeth? Which Bear should your people be inclined to support of the four?

Isaac – No impact. No preferences.

HD – What of the Parys based Quadity Catholic faith – ie the Holy Archangel Corwin, Virgin Mother Dara, Baby Christophe and the Apostle Glen the Drummer Boy.

HD-What are the future plans for Lambeth?

Isaac – I would say maintain the current trajectory and be prepared to build on future opportunities.