Selene stands about 5’10” tall and weighs about 150 lbs. She has long black hair, pale blue eyes, a slender, athletic build. Though often seen in modern naval uniforms, Selene also has been known to wear a dark crimson jacket, black leather pants, black leather boots and a black leather trenchcoat. A basket hilted heavy rapier (known perhaps as a Schiavona) is always at her side.

Selene’s Symbol: a golden crescent sun partially eclipsed by a silver full moon, a raven in flight silhouetted over all. 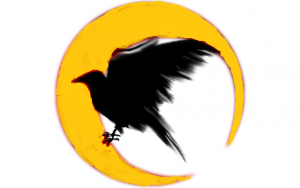 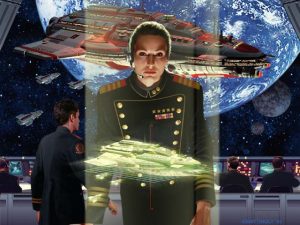 Selene is a skilled warrior and commander, nearly the equal of her father. In Greater Pacifica and Greater Lorraine, she serves as the Grand Admiral. Selene is driven to excel, has a keen mind for strategies and tactics, and commanding fleets. Selene will do what she must to serve her father, defend the Rim, and defeat any enemy that opposes her, the Rim, or her father. She is Hawke’s younger sister in Australia, Greater Pacifica.