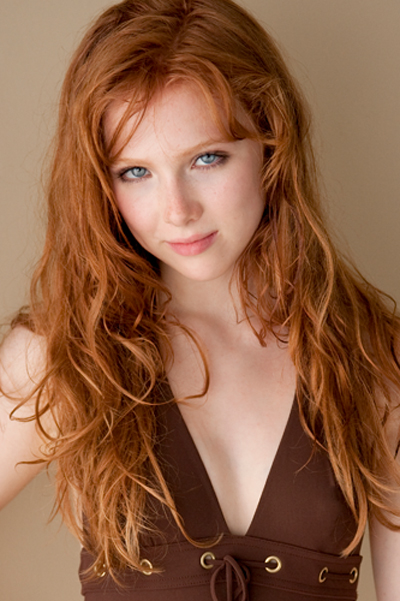 Gwen lacks any of the extreme muscles, supermodel curves or extreme leanness of many of her family.  While she can certainly turn heads, Gwen has more of a “girl next door” look than athlete, fashion model or adult entertainer.  She does, however, seem to have a youthful abundance of energy that has thus far kept up with the family.

Fair skin and very red hair have been passed to Gwen in spades, which shouldn’t be too surprising given her parentage.  She has a pair of clear blue eyes that have a frequent tendency to roll, particularly around the younger members of the family.

Having mercifully been saved from the fashion world of the 80s, Gwen has embraced what the fashionable and wealth like to call the counter culture movement.  She has outright rejected both catwalk high fashion and traditional court dress, preferring to make a splash with more casual attire.  Further, Gwen has been caught smirking at those trying to put on a show.  She strives to look amazing without putting on airs.

The main constants are wearing her hair down and regular jewelry, a stylized “G” pin attached to her outfit and an inward silver claddagh ring on her right ring finger.

Other Titles of Note

“Look amazing without putting on a show” would be a pretty good personal motto if Gwen was inclined to such things.  Gwen’s instincts lead her to step onto whatever stage is present, but she has no respect for those just going through the paces.  Gwen wants to do things, not just play at theater.  This philosophy leads Gwen to be very open to people at the outset but, unfortunately, also very quick to judge others as beneath her.

Speaking of those beneath her, Gwen makes an effort to treat everyone well, but it is pretty transparent who Gwen thinks less of.  She has a bad habit of talking down to those who are not her equal.  That isn’t to say she treats them poorly.  In fact, Gwen expresses a great deal of sympathy for just about everyone.  The problem is that not everyone appreciates being belittled, even if it does come with a metaphorical lollipop.  If you want to sit with the adults you’d better earn it.

Minor superiority complexes aside, Gwen is a friendly and fun person.  She prefers to surround herself with those who are comfortable kicking back and laughing at themselves.  Gwen takes her dose of ribbing with a smile and a playful threat of revenge.  She’s doing her best not to grow dull with age. 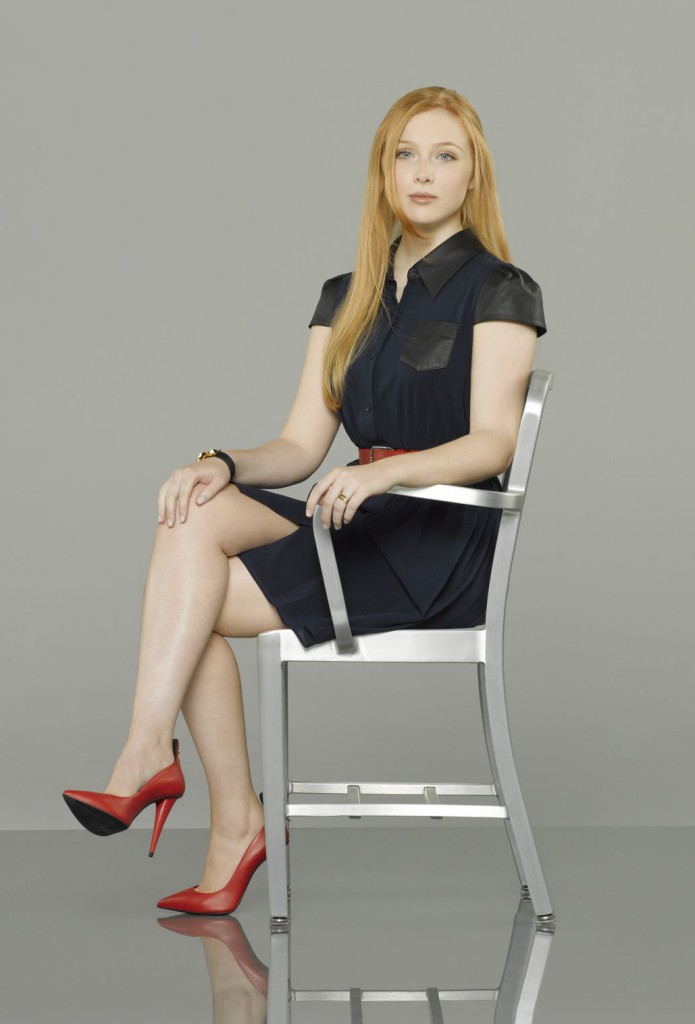 In short, Gwen wants to be quietly well liked.  Thus, she treats people well and avoids doing things to tarnish her reputation.  She learned her social-jutsu in the world of Mean Girls and has decided it is better to be loved than feared.

Gwen’s desire to not put on a show absolutely applies to her capabilities.  She prefers to be an unknown quantity whenever she can.  That alone does suggest an inclination toward future planning and gamesmanship.  However, not even the best of us can remain complete enigmas.

Those who have collaborated with Gwen would be aware of her keen sense of business, numbers and market psychology.  While she doesn’t flaunt it, she is almost always a step or two ahead of the curve if not determining its direction.

Gwen believes in finding good people and giving them what they need to succeed.  Fortunes rise and fall.  Misfortune strikes everyone.  Those that want to think longer term are better off collecting the best and brightest and investing in them regardless of the market conditions.

While Gwen prefers to let the boys do the fighting, she isn’t completely defenseless.  She frequently conceals an impressively lethal pistol on her person and has demonstrated proficiency in it’s use, albeit reluctantly.  When it comes to hand to hand fighting Gwen has joked she prefers an attack helicopter and rockets to swordplay.

Those who meet her on the street or for cocktails wouldn’t guess it, but Gwen has shown indications of being a very capable commander.  While her people have never seriously engaged or been engaged, those who observed their maneuvers in Dealunde and Karlsfort would be hard pressed to find weaknesses in their positions.  In both of those campaigns Gwen’s forces also demonstrated the ability to marshal thousands of troops, seemly from thin air, without the aid of Trump or Sorcery.

It is known among the major powers that Gwen has been reaching out to commanders of extreme skill to coordinate for extra-continuum threats.  It is yet to be seen how this independent force will be received or whether it’s commanders will be able to cooperate when it really matters.  None the less, Gwen has invested heavily in the force and expresses hope that it will be successful if needed.

Like many of her family, Gwen talks the retoric of peace and humanitarian efforts.  However, she is among the few who put their money where their mouth is.  Gwen has organized her humanitarian efforts under the banner of a group she refers to as the Intershadow Peace Corps.  The IPC is a fairly young organization and has yet to be involved with any major crisis.

Gwen has demonstrated competency in at least the basics of ritual magic.  She is proficient in joining circles as well as inducing trances.

It has been rumored that Gwen is one of the leading experts in the use of ribbons.  Whether this is some sort of lost art, fashion statement, or both is not commonly known.  Gwen herself has kept their capabilities and even existence rather close to the chest, although some say her silence is due to lack of knowledge rather than secrecy.  What has gotten out is that they seem to be a means of long range travel, albeit without any of the flexibility found in real Powers.  Gwen has also warned against exploring “Black Ribbons” without explanation as to why. 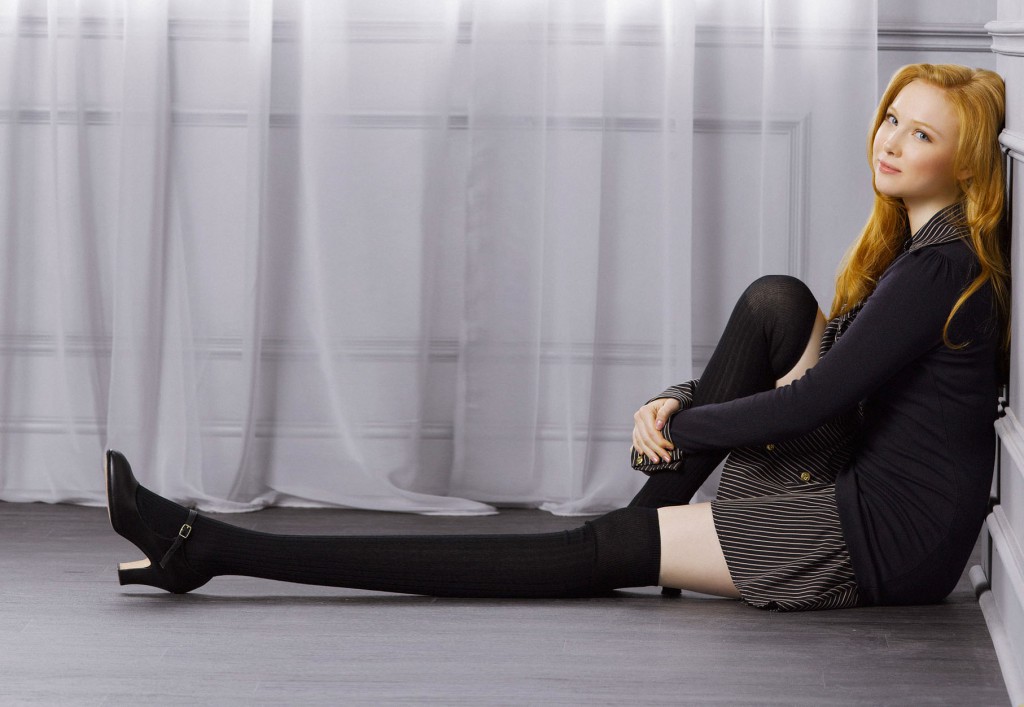 Trebonius, an area of shadow exists just beyond the lower end of the Earth Belt that Gwen has a recognized claim upon.  While she merely sits upon a council of equals rather than ruling as sovereign, her control of the system is quite firm.  This approach to leadership has been looked don upon by more than a few monarchs in the family.

The technologically advanced society of Trebonius seems to value both individual freedom and pursuit of profit.  Citizenship can be to either a global government or a megacorporation, of which there are several of each.  Alternatively, some citizens throw their lot in with the military.  A very few remain staunchly independent and make their own way in society.  Individual rights may be sold, but can not be taken in Trebonius.

Connections to the outside world are growing and most visitors will enter through the trade hub of Gyokai on the “planet” Luna.  Those interested in establishing diplomacy or commerce are encouraged to contact Gwen through her Trump or through an Embassy.  All interested in mutual growth and profit are welcome. 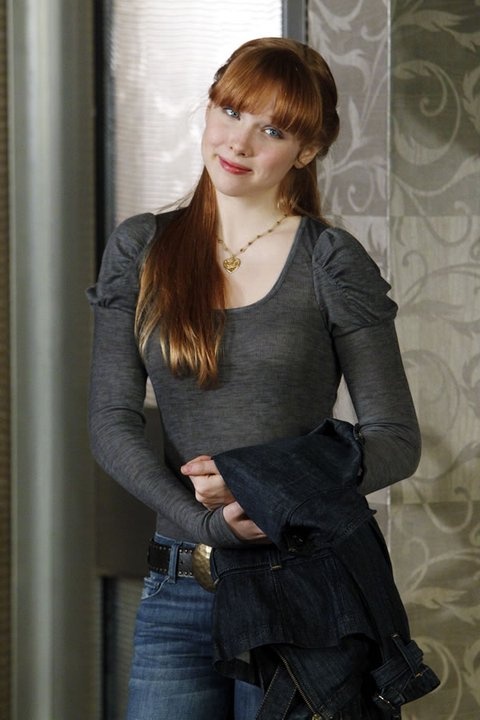 The Elder children of Oberon might remember Gwen as a trouble-making teen from the height of Oberon’s reign/tyranny.  However she vanished in the manner of most of Oberon’s troubles, suddenly and with presumed finality.

Recently Gwen was reintroduced to Amber circles.  She has been formally acknowledged at court and granted the small island of Newport as an arch-duchy.  She has also appeared in the Amber Family Deck.

Gwen seems to have made a habit of becoming tangentially involved in many of the recent events, to the chagrin of some.  She has been taking advantage of her lack of recent history to claim an “unbiased” view.  It is more likely she just likes sticking her nose in where it doesn’t belong.

Since her return Gwen’s motives have been fairly simple on the surface.  She has worked towards establishing a base of operations while somewhat quietly observing what there is to be learned about the current state of affairs.

It has been confirmed that Gwen has traveled to at least a few remote places beyond the local shadows, including a small town on a river.  She has hinted in conversation to conflicts either within or beyond the Abyss with old enemies. 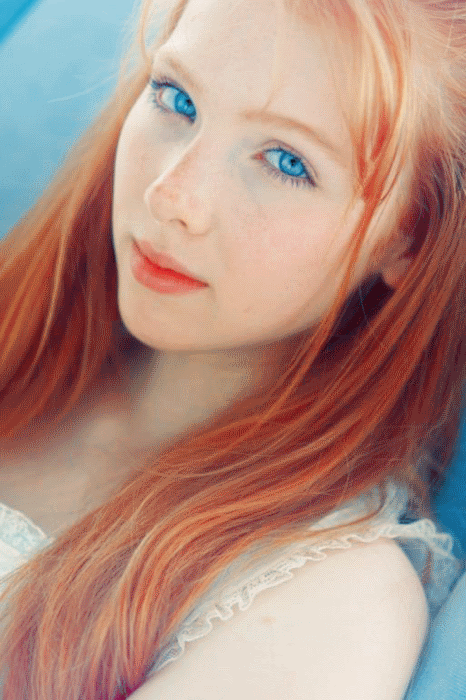 Speaking of old enemies, it is safe to say Gwen has not forgiven her father for his treatment of her.  On multiple occasions Gwen has gone out of her way to seek revenge upon him, despite the inevitable symbolic nature of such acts.

It is known that Gwen is seeking out shards of her late father.  She has offered bounties on them, her offer is roughly a third of the market rate.

A study of Trebonius and of Gwen’s personal life will reveal a rather unpopular personality trait within the family.  It appears that Gwen is not a fan of High Blooded Privilege.  When traveling she accepts the lowest level of special treatment her blood requires of her.  In international policy her people do not grant monarchies any special considerations.  In fact, it could be argued that Gwen’s economic policies are anti-monarchist.

Trebonius is probably the best exampld.  While Gwen sits at the head of this empire, she does so as the chairperson of a council of representatives.  There is no nobility or monarchy of any kind.  Rather, one could argue that Trebonius is an example of either a republic or oligarchy.  The later argument is more convincing.  Further, the laws in Trebonius grant those of high blood no special exemptions or status.  They are neither immune from prosecution nor a protected class.

This isn’t to say that Gwen is some sort of radical revolutionary.  She supports the status quo pretty of a high blood ruled continuum.  However, it is fair to say she’d enjoy seeing her family face consequences for their behavior from time to time.