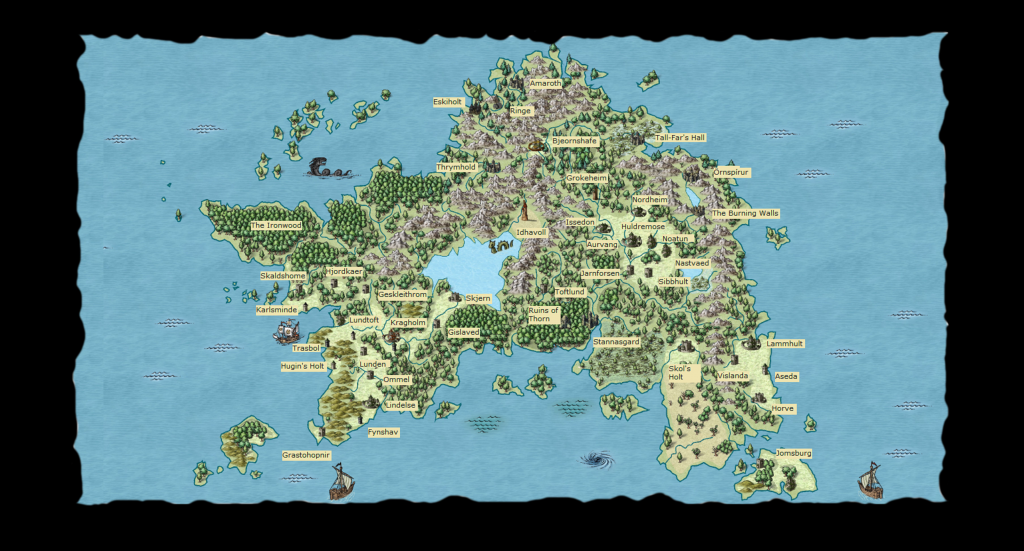 Asgard is the home of the High Folk and People.  It is an Earth-like plane centered upon the plain of Idhavoll where the Aesir and Vanir once dwelt.

Asgard is inhabited by the humans of the Nine Clans, various races of the People, and the vaettir of the land.