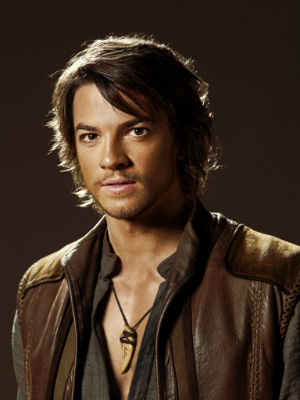 Master of the Horse – Tynian

Admiral of the Green Fleet – Tynian

Tyrian Ryder grew up in Ohm, the Fourth City of Alumei. At the heart of the Shadow’s largest desert, it was one of the few settlements found amidst the sands and thus a stopping point for nearly every traveling merchant. Tented structures fiddled the streets between the crystalline structures and sprawled out to nearly a mile in every direction outside of the main city.

As a young street urchin, Tyrian was part of the many rambles of adolescents. Acting much like a pack of dogs as they fought, lied and stole to survive. The streets of the city were uncivilized and harsh, one in three urchins perishing before puberty.

Time passed and Tyrian’s physical stature grew, he began to win more fights than he lost, eventually earning the respect of many of the smaller and weaker children. He organized many into his own little band, systematically using superior numbers to fight off others that would try to move in on their ground.

It was only a matter of time before the city guards took note of the fact that the children in the region had begun to work together, becoming a true menace to trade in that region as they stole more and more. As their ringleader, Tyrian was hauled off. Too young to be put in the prisons, he was to be sent to the salt mines instead. However, the officer in charge of assignment recognized potential in Tyrian, and offered him training in the guard instead.

Tyrian grew and trained, quickly excelling at combat. As a former street urchin himself, he knew how to effectively monitor and stop the child thieves. With the same level of initiative in which he formed the little band of miscreants, he led a small force of guards to clean up that part of the street. It was the first of several acts in the guard for which he began to watched.

After a few years in the city guard, Tyrian has still never lost the skill which had helped him survive on the streets. In an environment where brute strength was feared, he trained to be fast and quick, favoring quick, darting attacks with his daggers over direct strikes with a hammer or sword. It was for this independent thinking and his success in the guard that he came to be invited as one of the Sentinels of Ohm.

Each city had six Sentinels, persons of exceptional qualities which were of service directly to the king himself. They were used differently by each king, be it for bodyguards, diplomats or anything else the king had need of. In Tyrian’s case, he was assigned to espionage, spying amongst the merchants and thieves to root out and serious threats to the city. As with his prior efforts, he excelled at this.

A former street urchin who came to be a Sentinel, Tyrian was pleased with his lot in life. That was, until, the darkness returned to Alumei. Just as the ancient legends foretold, a great darkness came to the land. From where it hailed none were certain, but any who were wounded by it lost themselves to it, becoming an agent of destruction.

Ohm was the second city to which it came. The guards and sentinels fought the turned inhabitants as best they could, but each time they suffered losses and each time more were turned. By the time the dark creatures arrived, their defenses were too far gone. Tyrian and a small handful remained with the King and other nobles.

They had fallen back to the crystal temple, which, for some reason, the darkness could not enter. Instead, the turned men and women brought forth explosives used in the mines, packing the outside of the temple with the stuff and lighting it from afar. The ragged band inside had to cower in fear as the building was collapsed around them.

When Tyian came to, he found himself alone with two of the temple’s monks in utter darkness. Lighting a torch, he found that he and they had been trapped inside the main chamber, with no escape and no peace as the moans of the darkness echoed in the crystal all around them. The statue of Rethal and Laureli, Father and Mother of Alumei and the Eight Guardians, stood remarkably unscathed above them. Knowing his life was nearing it’s end, Tyrian joined the monks in prayer.

To their amazement, the crystal around them burst with golden light. The light poured outward, with every crystalline structure in the city shining. Wherever the light was cast, the darkness and those turned by it vanished, turning to dust in the wind. It was well over a day before Tyrian managed to dig themselves out, but they managed to survive.

The city was saved, technically, but too few survived to suggest that Ohm had not fallen. Still, Tyrian came from the experience changed. As a true believer, he vowed his allegiance to the Father and the Mother, promising to find source of the darkness and ridding his world of its taint.

Over the next few weeks, the monks helped him prepare. He underwent the sacred ritual which has not been done for centuries, embedding a emblem onto the bone of each shoulder blade from the very crystal of the temple, beneath the skin and muscle. On his left shoulder, he marked the symbol of Rethal, Father of Alumei and ruler of strength. On his right he bore the mark of Alumei, the world’s Mother and ruler of cunning. Along with these, he forged eight identical daggers of crystal – one for each of the Eight Guardians. At least, he received a ring from the monks. Setting all of his possessions before him, he knelt by the statue and prayed.

For a full four days, he stayed in prayer with neither sleep nor sustenance. On the last day, he felt power rush into him. The emblems on his shoulders blazed and his ring and weapons glowed briefly. He knew he was ready.

Arming himself with his weapons and collecting his equipment, Tyrian set out across the desert to provide aid to the remaining cities, hoping he wasn’t too late. He had little understanding of the true source of the power that had awakened within him, or where his journey would really lead.