The Lorraine Region is noted for having many landlocked shadows, with each one an earth sized Pangea in the shape of a French/German/Benelux territory. Avalon/Champagne and Lorraine are towards the centre… Boundaries of the kingdoms of this have shifted back and forth.

It is hard to describe Dimensions that are landlocked but the GM’s vision is as follows.

Countries are made up of one or more contiguous shadows. Some borders have barriers that cannot yet be accessed.

Many of these countries line up more or less like their European counterparts in terms of their relationships ‘bordering’ on each other. They are separate ‘rocks’ or permanent more real than shadow dimensions like Amber-Kolvir or Thelbane.

Those countries with sea coasts – their rocks have the same coast leaving some countries like RL, landlocked and needing access to the sea. Sometimes rivers run through these dimensions and other times they form boundaries between these dimensions.

At this point in time, lands in the area are held by the following: 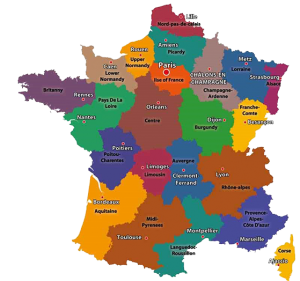 On the west side: (French)

Burgundy and Compte Franche – under the protectorship of Gwen. Has allowed Aleksandr right of passage/supply 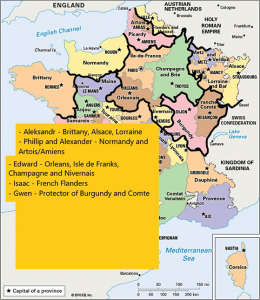 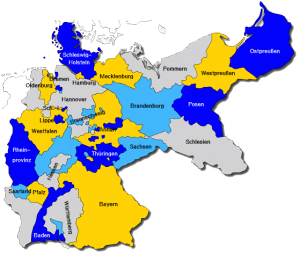 Saxony – Albert Victor, son of Edward
Moravia and Osterreich – Josh Conrad, on behalf of other parties 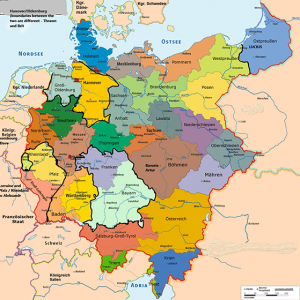 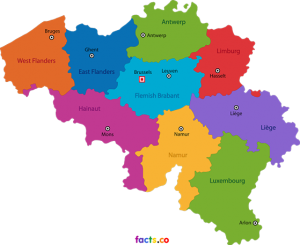 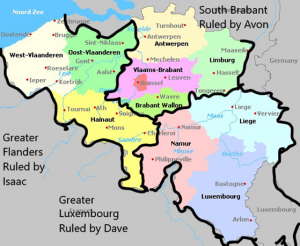 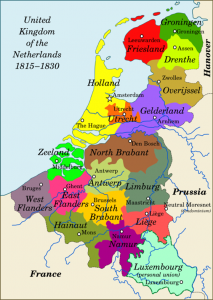 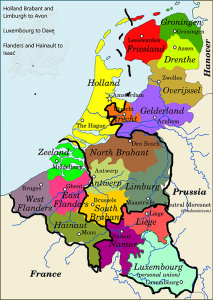 Note to the Landholders of the Lorraine Cluster

Congratulations on your acquisition of sacred land that once belonged to the Sacred Rocks of the Merovingian. These ancestors of the Kolvirii were in lands that were never conquered by the Warlords or the Abyss Empire.

These rocks were once upon a time lumped together to form a vast territory that the Merovingian dynasties failed to hold in union. This is partly due to their law which, unlike English common law, followed Old Germanic law which meant that land was divided equally instead of being given to the eldest son.

You are of the Blood of the Kolvirri which means that these undying lands (not The Undying land from Tolkein though an inspiration) will accept you as their Monarch – though you will need to do an ‘accredited’ coronation or Kingship rituals.

Each of you has a quest to unite your land to you. The King and the Land must be one in the classic European tradition. Lands without kings get cursed and can also invite strife and monsters. Even ‘elected’ kings have their own public and private sacred rites. You will need to appoint key officers of state some of whom are sacred officers.

The King is the (ex officio) Chief Priest/Shaman and is considered by some to be a God/DemiGod or chosen by God or anointed by God. Almost every society has this as part of the roots. The King is the Chief Warrior (Commander in Chief) and is expected to lead their people to victory. If not the Chief Warrior, then the second runner up is to be the Chief Mage/Chief Wizard aka Solomon – where they rule by personal power as well as power to higher forces. They are the fount of honour, making mere men and even their bloodlines, more than mere ordinary. The sacred king is the chief judge and law giver though they are expected to govern within ancient traditions, solve modern dilemmas and Gordian knots while being fair and ruling justly. They also are the Chief Administrator, though this is less of a sacred tradition.

Medieval Christianity experienced Caesaropapism under the Byzantine Emperors while the Czars of Russia never claimed the full Vicar of Christ title, they certainly edged very close towards it, with many Russian peasants considering Czars to be half divine.