The Old Abyss Empire predates the rest of Creation as we know it. It was comprised a number of rocks of creation in the Abyss, some of which provided the foundations of the five Great Powers, while others have only recently been rediscovered. Of the various Rocks, there were 26 major ones which were brought together by Constantius the Consolidator to form the core of the Old Abyss Empire.

There were two key families in the Old Empire – that of Constantius, and that of Marcellenus. 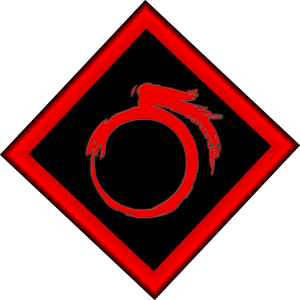 Carinus – married his maternal cousin a Geib, and joined Bassus in the attempted  coup.

Justin – later known as the Stern

Ultimately, Constantius and most of his family were murdered by Marcellines, with Constantius being left alive long enough to see Numerianus killed. The only survivor was Justin, who reluctantly accepted the throne as sole survivor. His proto-Amblerash nephews were his biggest supporters.

The Succession of the Old Abyss Empire followed in an unbroken line from Father to Son as follows:

Justin the Stern, who set up the succession and demanded sons be the successors only. He was the king that knocked the 26 Rocks Constantius ahd consolidated into an Empire.

Theodosius the Clever, who maintained the succession but allowed the succession of second generation sons through the female line like France instead of the Holy Roman Empire. Married to Nyx of the Abyss.

Valentinian the Conquerer, who was too busy conquering everything he could find to work on much else. He had a habit of throwing lavish triumphs. During his reign, the twenty-six large Rocks of Creation of the ‘Brownwater’ Empire were on verge of collapse, was he was looking at ‘Bluewater’ abyss conquests.

Valentinian had a younger brother named Valens, who he was fond of. It was no secret that Theodosius had no use for his eldest son and only allowed him to succeed him because Valentinian promised to make Valens his successor ahead of his own sons AND that he would keep Valens near him as his closest advisor. Valentinian claimed he broke his vow to his father and killed Valens, and that he avoided the terrible blood curses and paternal curses of Theodosius as a symbol of his power. Rumours from Valentinian’s son and grandson, the succeeding Emperors Cornelius claimed that Valens was kept with Valentinian as a prisoner instead.

Cornelius the Elder or Consolidator, who ended up too busy consolidating the twenty-six major Rocks, and tens of thousands of minor ones, to ensure that there was a government that had common elements while respecting local traditions and autonomy.

Cornelius the Younger (Cornelius the Great), began the transition to ‘solidify the abyss space’ between major rocks. Died with the work half-finished. Thirteen of the twenty-six rocks were incorporated into “Shadow”. He moved his capital to Thelbane, and separated the thrones of Thelbane and the Old Empire. The thirteen territories in the abyss were depopulated and subject to repeated calamity. Cornelius II’s sons were Swayville, Suhuy and Dworkin who abandoned their ‘Imperial names’ for yet undisclosed reasons.