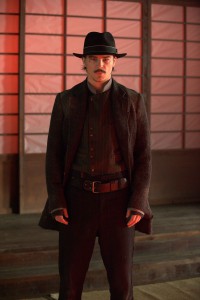 Daniel is new to the Amber scene. He is believed to be the grandson of Corwin, through a daughter. At this time, the identity of his father isn’t known.

He owns a casino in a Shadow out in the direction of Concordia.

Apparently, Bill Roth visited him out in Shadow and advised Daniel to visit Amber. Thus far Daniel is known to be an Initiate of the Pattern having walked it to prove his heritage, namely as a scion of the Royal House of Amber, and he has shown an interest in Trumps.