Son of Matthew (Grandson of Brand, King of Brandenberg and Elizabeth, now Queen of Amber) and Daphne (deceased daughter of Oberon and Dara). 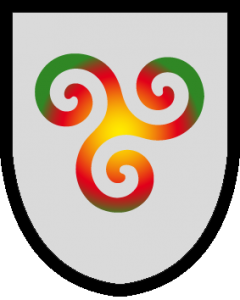 Jax is the eldest of the “Tigers”, followed by Fraser, Ron(ald) Pole, and Will. They have two brothers, David and Solomon, who were born before them.

Jax and his father have a slightly strained relationship, as they’re as different as chalk and cheese. Jax is active and prefers physical pursuits; Matthew is a scholar and armchair quarterback. Jax will break into a 30th floor apartment for the fun of it, just to see if he can; Matthew prefers shopping. Jax prefers to be out in the open air; Matthew prefers sitting in a hot tub. 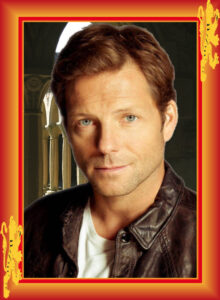 Jacob – normally known as Jax – is one of the shorter members of the family, at just 5’10”, and weighs in at about 150lb. However, he has a lean, wiry frame that can take a lot of punishment, and well defined, if not huge, musculature. He has light brown to blond hair, cut just above the collar and a little wayward, and blue within blue (light blue centre, darker blue rim) which usually have a hint of mischief in them. He is also prone to five o’clock Shadow, quite possibly just to annoy his father.

In his most recent Trump he’s shown white t-shirt under a brown leather jacket, khaki-coloured cotton trousers. He is pictured in an obviously old cloister-like setting, with lawns in the centre of the cloister.

While he isn’t entirely sure where he was born, Jax was brought up on Antilla (E1) by his adoptive parents, David and Diana Leckie, who visited Oregon from from California for their honeymoon (he was from an old wine family) and decided to stay. They planted the first Pinot Noir vines in Dundee, in the Willamette Valley, in 1965 at what would become the Eyrie Vineyard. They adopted Jax as a baby in 1984, and he grew up on the vineyard. He went to USC Stanford, obtaining a bachelors and masters in agriculture and botany, with a minor in architecture. While he was there, he also developed a love of extreme sports, as well as competing in both the Biathlon and Triathlon for Stanford. From 2004-2016, he has regularly competed at both the Winter and Summer Olympic Games, amassing two gold medals, a silver and three bronzes.

He remembers the changes Matthew wrought when he took control of Antilla, although at the time he thought he was going mad, as he remembered the wrong history, but ultimately, he came to terms with it. That said, he still thinks of himself as American, rather than British North American, and he isn’t sure about the whole King thing.

For a long time, he didn’t realise there was anything odd about him. He discovered his ability to shape shift when he got caught in an avalanche during training for the Biathlon at the Sochi Olympics in 2014,  and clawed his way out as a Siberian tiger. He managed to get back to the training camp without being missed and hid his injuries, although he didn’t do as well in the final as he should have done as a result, failing to defend his title and only receiving a bronze medal.

Matthew introduced himself to Jax, and Jax to his brothers, shortly afterwards. Since then, Jax has been learning more about who and what he really is. He’s also getting used to the fact that he’s his own first cousin once removed, by virtue of being both Oberon’s grandson and great-grandson. 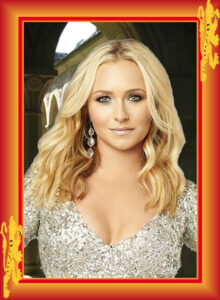 Jax recently became the proud husband of Princess Anne Peony, the second daughter of King Swayville and Queen Florimel. Anne takes after her mother in appearance, although her features are somewhat softer than Flora’s. She stands around 5’2” and is nicely rounded, rather than thin and anorexic. She’s also obviously fit, rather than soft. She has slightly longer than shoulder-length blond hair and blue-grey eyes.

Royal Duke, and Duke of Jaxways.
Colonel in the Imperial Thelbane Army.

Protector of Chile on Ancient Earth.
Owner of Eyrie Winery and Vineyards, McMinneville, OR, Antilla.
Owner of Mt Hood Winery, formerly on 1997 Earth.

Combat Viticulturalist. He’s best known as a winemaker of repute across the Multiverse, and is a certified Wine Educator.

He’s taken to the battlefield as a commander in Matthew’s forces when they offered their support to Christophe of Parys, and acquitted himself well. His military experience has been enhanced with a commission in the Royal Thelbane Army.

He seems to know a lot about plants and viticulture, as well as other areas of botany and horticulture.

He is a keen sportsman, and has competed in both the Biathlon and Triathlon at Olympic level.

It’s also rumoured that he enjoys breaking into places for fun.