Tierra Colinas, the world of the Zócalo 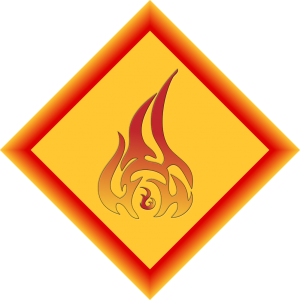 The Zócalo is located on a Black Zone world called Tierra Colinas, with an area of roughly 35,000 square miles (a little larger than the island of Ireland). With the exception of a single pass, La Puerta, which is about a mile wide, and guarded from both above and on the pass floor (roughly 2,000ft from ground level), the world is surrounded by mountains rising to as much as 7,500ft. La Puerta is the only overland (and airborne) access route to Tierra Colinas. Much of the countryside is reminiscent of parts of central and western Spain, with the majority comprising low hills and vegetation which suits its relatively dry climate, including olive groves and vineyards.

There is natural fresh water in a number of rivers and lakes around the world, fed by streams from hills and the border mountains. All the water courses eventually make their way to a substantial inland sea, El Mar de Orellana, which represents the largest single body of water on the world. Arable agriculture is present in those areas which have easy access to water sources, while livestock is grazed on the hills.

Tierra Colinas does have some seasonality, with peak temperatures around 31C˚/90˚F and lows of 0C˚/32˚F, with annual rainfall of around 500mm/20” a year in the lowlands. It is rather rather cooler in the border mountains, which see significant rain and snowfall. It will happily support carbon-based life forms, although prior to its discovery by Duke Jowan, there was no humanoid habitation there. The native species are mainly birds and lizards of various sizes, although there are also various ground-living hunters, including a number of big cats, as well as prey animals. Flying hunters, both avian and reptilian can often be seen overhead.

There was no native tech on the Tierra Colinas before it was chosen as the site for the Helgram Zócalo, but it can inherently support technology up to 1960s levels, including the internal combustion engine and “second generation” mainframe computers with  transistors (not valves) and magnetic storage. There is also a telephone system.

With respect to firearms, revolvers, bolt-action rifles and shotguns work, but automatic and semi-automatic weapons do not. Nuclear power and weapons do not work at all.

On the arcane side, magic is functional, as are the standard Powers. Timeflow is locked to Thelbane standard.

“The Zócalo” initially referred solely to the Plaza Mayor and its immediate surroundings, in the geographic centre of the world, which was built around a Shadow fragment of a Spanish city, brought in from elsewhere, and then woven into Tierra Colinas on the northern shore of El Mar de Orellana. The term Zócalo has now expanded to include Ciudad Miajadas, the city that has grown up around the plaza. The city is very cosmopolitan, with humans, demons and other sentient life forms all mingling together, looking for that great bargain, or that perfect gift.

The Plaza Mayor is about 500 by 650 yards in size, and paved in patterns of stone and brick. The area appears to have some kind of atmospheric control, such that the heat is pleasent, rather than ferocious. At its centre is a sculpted stone and glass fountain, which acts as a significant landmark and meeting place. This is surrounded by the Bluestone Piazza, which has tables and chairs are scattered around it, where people can relax with a glass of wine, cup of coffee, or another beverage of choice. There is a cafe and bar to the south of this area. Logrus and magic can’t be used to teleport or transport within the plaza, due to the possibility of accidents, although tendrils can be used for picking things up, etc.

The plaza is surrounded on three sides by three-storey colonnades, with tall arches in them leading to the thoroughfares out into the rest of the city. The colonnades contain a variety of restaurants, bars and high-end stores. In the centre of the north side of the plaza is a five-storey building, roughly 150 yards wide and 50 yards deep, known as El Palacio Alcade. The Palacio is the main administration building for the Zócalo, and is also the official residence of Duke Jowan.

In the centre of the south side of the plaza is The Fortress, an imposing, stone-built edifice about the same size as the Palacio Alcade, which serves as the headquarters for the Helgram troops stationed at the Zócalo. The rest of that side of the plaza is made up of a collection of courtyards, each about 25 yards square, separated from eachother by walls and arches. These are the arrival and departure points for magical, Logrus and Trump transports, and some are rented to specific Houses while others are for general use.

Both permanent and temporary businesses operate in the plaza. The permanent ones are either based in the colonnades, or located in a number of single-storey stone buildings towards the edges of the plaza, which open to the square on all four sides and usually surround a small service courtyard, in which is a staircase down to the central storage vaults below the plaza. These often have a basement level for a nightclub, casino, jazz or comedy club, or small underground theatre, and are leased out to the fixed traders and restaurateurs.

Basic market stalls are also erected in the square during the day but struck down at night, and there are some semi-permanent wooden cabins that can be secured. These are let to businesses who wish to trade or operate on a short-term basis (per day, per week, per month), or to indivduals who have brought products to market from elsewhere in the Black Zone, but do not intend to establish a permanent presence in the Zócalo.

While the Plaza Mayor is the heart of the Zócalo, the city surrounding it has grown in size and prestige since the original marketplace was established, and currently has a permanent population (i.e. not including visitors who come to trade, buy or have fun) of about 20,000 souls. It was initially established for those who live and work in the Zócalo, but has expanded as people have started coming in from other Shadows, in search of work, or land to set up on and farm.

To the north of the plaza, a two-storey high tunnel runs through the centre of the Palacia at ground level, leading into a covered retail galleria called La Gran Arcada. Beyond that are additional retail, cafe and dining facilities.

To the north-east of the plaza is an expanding entertainment district, with hotels, inns and other lodgings catering to a variety of tastes and budgets. It also supports a number of theatres, casinos, clubs and music venues, as well as hospitality and retail businesses that came to the Zócalo too late to have premises in the plaza itself.

To the south-east is the financial district where major Thelbane and House financial institutions have offices. There are also many lawyers offices in this area. A number of trading companies, as well as other businesses from around the Black Zone, also have offices and representives in this area. There are also central exchanges for trading goods such as cloth, spices, minerals and metals. Also part of this area is the diplomatic section, where Houses and other worlds have established consulates.

Directly to the south, beyond the Fortress and the arrival courtyards, there are extensive public gardens on the shore of El Mar de Orellana.

To the south-west, a couple of miles around the shore, where the prevailing wind can blow its sounds and smells out into the countryside, is the livestock market. Beyond that, meat and dairy farms, and market gardens, have been established  to aid with fresh produce and self-sufficiency.

Directly to the west, seperated from the Plaza Mayor by a band of residential properties and local services, is the Caravanserai, which caters to trade caravans which have taken the land route to the Zócalo  from other lands in the Black Zone. A single, wide road travels directly from La Puerta, to the entrance of the Caravanserai. A number of single and two-storey buildings, large enough to house a significant caravan, complete with goods and beasts of burden, are built around a central area called the Plaza Segunda. These buildings are surrounded by a strong boundary wall which covers an area roughly half a mile on each side. Other buildings within the wall provide services such as lodgings, food and drink, and provisions to travellers.

The Plaza Segunda is a demarcated area of 175 yards by 125 yards, which serves as a magic/Trump/receiving point for individuals and businesses bringing in bulk goods that are too big to be brought safely into the Arrival Courtyards of the Plaza Mayor. Anyone wishing to use this facility needs to book in advance, to avoid accidents.

In all directions, except for the west and south-west, the trade and business districts eventually give way to residential properties and local services, and ultimately just give over to the countryside.

Further afield, there is some talk of building a watersports resort further round the shore of El Mar de Orellana, and both skiing and hunting lodges out in the countryside.