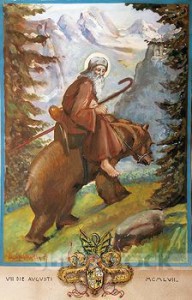 There are four “Bears”, sons of Lucius and Dara. The bears were born at different times to Dara and Lucius with Barry as the oldest.

From the Bear Cult inside the Lucian Catholic Church of UT

They are in no particular order – 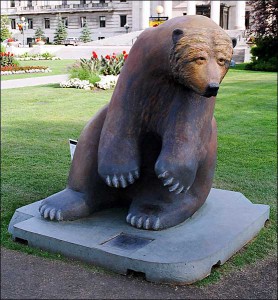 Barry is the Pope of the Lucius Catholic Church of UT and a quiet monkish man with massive strength. If Arthur is the strategic and military field commander, then Barry is the strong man. His bear hugs are feared as the question is what percentage of ribs will get broken and how many times.  He is a Machiavellian in the best spirit of the Renaissance princes of the church. Accused of being scheming, this ritualist and sorcerer is also feared for combining angel magic and liturgical dogma into active ritual practice. Though no where near experiences pro’s like Ian, he is an innovative and inventive thinker.

Barry is the Brown Bear and is known as the Bear Hugging Bear or the bone crushing bear or the monk bear or the quiet brooding bear. Riva, daughter of Corwin, is interested in Barry along with Arthur.

Barry Bear is reputed along with Rory Merrick is said to have discovered the applications of “holy” Honey, beeswax and royal jelly in different ceremonial magics.