– Battlecry of the Warband – “Victory or Valhalla!”

The Asgardian military serves a number of purposes, but more importantly, it operates within three distinct theaters – defense, offense, and a combination of the two. 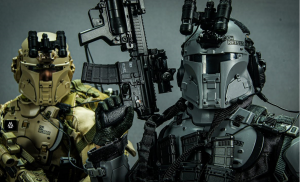 The Warband is the most commonly known aspect of the Asgardian military.  It is a mercenary force, recruited from throughout Creation, operating wherever its clients send it.  The Warband has two rules which are negotiated into each contract, unchangeable.  These are:

The Warband is structured into nine self-governed Bands, each commanded by its Warlord.  Each band operates as a self-contained combined arms force that satisfies a common warfare condition.

In a ritual reminiscent of many warrior cultures, the Asgardian Warband, whether together or operating in smaller units, typically prefaces their battles with a song-like chant.  Part prayer and part challenge, this chant, the Áskorunin (“The Challenge”) is performed amidst the wails and sounds of weapons and fists being slammed into Asgardian armor – a demonstration of ferocity and focus that strikes fear into the hearts of their foes while igniting the battle lust of the Warband’s warriors.

The Áskorunin consists of “the three questions,” opportunities for the enemies to surrender or flee the battle, intermingled with a fatalistic cry to the gods and ancestors to witness their bravery and prepare a place in the halls of Valhalla. 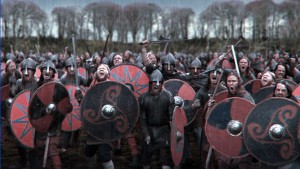 The Warband fights for the highest bidder, rarely setting foot upon Asgardian soil. The Heimavörður operates within the Nine Realms, acting as the Power’s internal security force.

Similar to the Warband, the Heimavörður operates in three divisions, similarly self-reliant and governing under appointed Stjórnandi, selected from the most capable graduates of the Hús Brjóta.

All Heimavörður wings operate in a structure and operational model similar to the Extended Operations Bands.

The Lokaósk operate as a single force, commanded by the Sacrifice, Paot Björnberg.

There is only one Lokaósk division.  It is the heaviest force in the Asgardian Military, utilizing the most advanced weapon systems constructed of and armored by Asgardian Iron.