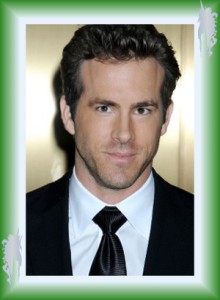 HD – Can we get our receipt for paying you for our interview? Will you validate our parking?

Jericho hands them a receipt. “I do not validate parking.”

HD – “Can we get a coupon to reduce the price? It is bloody expensive.”

Jericho – “How about I give you a $20 coupon off of ice cream from a place called Haven? They make excellent vanilla ice cream.

HD – Do you think Channicuts are Greedy?

Jericho – “Yes we are and what is wrong with that?

HD – “Your nephew Lucius calls your class of plutocrats as Fat Cats. Yet he is rich too. Can you comment.”

Jericho – “I prefer being called a fat Dragon.

HD – Do you think your wife, Clarabelle, was looked down on by her family for her perceived greed?

Jericho – “I think she was, she is told me as much. That is their fault for not accepting for what she is and my gain. We are perfect for each other and we have beautiful children.

HD – “How do you maintain your alliance with UT in face of its bad public relations, invasions of its neighbours and restrictive policies?”

Jericho – “It’s not that difficult, he has his sandbox and I have mine.

Jericho – “I am slightly richer than Clara. Mostly due to real estate that I own and create. Father is richer than me only because he had several thousand years headstart.

HD – “What is the best investment advice you can give us?”

Jericho – “Buy stock in my and my wife’s company’s you will probably make a lot of money. Also Gold.

Jericho – “Never met them so I don’t have an opinion on them.

HD – “Do you think it is fair that Swayville has their lands and gave one to Lucius?”

Jericho – “Personally I think those lands should go to Channicut. But he is the King of Chaos so they are his lands to do with.

HD – Channicut Independence? Yes or no?

Jericho – “No. It’s not worth the hassle, it goes against the basic philosophy that if we were suddenly King of Chaos we would be ruling over less, and it will cost far too much political capital to achieve.

HD – “Do you think Swayville snapping his fingers at Lucius Channicut Brandenberg is acceptable?”

Jericho – “For Lucius it’s acceptable for me not so much.

HD – Do you think Channicut would be richer if independent?

Jericho – “It might look like on paper we would be richer but we would have to pay for everything that Dragon throne provides. If the Dragon throne wanted to end this debate they should reduce the tax burden the more wealthy grand duchies pay. If the less fortunate grand duchies want more money they should hire an unemployed or underemployed Channicut to help increase the capital. I can provide some names for a fee of course.

HD – Should the Imperial Parliament reduce the burden on the Great Houses?

Jericho – “Yes they should.

HD – You are third in line for the current Chaos Royal Succession – any changes if you became king?

Jericho – “There would be a lot of changes, most of them nobody would see. I would decrease the tax burden on the richer duchies and help expansion for any loyal house.

HD – Should Channicut have an Academy and a Higher University and College like the Imperial War College of Chaos or the Helgram Academy?

Jericho – “I might get around to suggesting that, though people from the Duchy can come here if they want higher education. I have reciprocity agreements in place.

HD – There are rumours you tried to bribe Rambault the current heir presumptive to surrender his rights. Is this correct?

Jericho – “You are correct that there are rumors. Anything more than that is a private matter.

HD – “So is Tubble going to be the next heir presumptive?”

HD – Which do you like more? Jerichoways in Channicut, Nod, New Vegas or New Asgard

Jericho – “My favorite place is where I grew up Nod. New Asgard and New Vegas are close behind. Mainly because I had a hand in creating the places. Jerichoways is a place I go to when I want to get away from things.

Jericho – “I prefer to call Nod my favorite place because I grew up here.

HD – Tell us of your children.

Jericho – “I have currently eight children and they are wonderful. Clara and I are quite proud of them. They are independent, creative, very good with money, and can handle themselves in any situation.

HD – “Do you have any bastards or children outside of marriage?”

Jericho – “No I do not. I was very careful. I believe not in spreading my seed everywhere. That is why one gets married and the tax write off.

HD – Is it true Aspasia whips servants so cruelly that Tubble winces?

HD – “She was seen whipping servants in Amber City. Do you think she whips the servants in the Amber City entertainment district?”

Jericho – “I’m sure they deserve it.

HD – Is it true that your son Nestor lives in the engine room of the former USS Yorktown?

Jericho – “Nestor is doing what he loves to do, what more can the father asks for?

HD – What does he love to do in the engine room?

Jericho – “He loves fixing things and seeing how they work.

Jericho – “They earned them. They do jobs for me and with them they can do more jobs for me.

HD – “Did your other son Hector, put a hot tub and pool on the former USS Saratoga? What little jobs do they do for you?

Jericho – “Exploring, invoicing the will of the Empire, and archaeology.

Jericho – “Not as difficult as people seem to think. Each territory provides their own challenges and challenges help people grow. The same can be said for Empires and powers.

HD – “What is the secret? Also what is your favourite game of chance in New Vegas?”

Jericho – “Accept the things as they are and move on. I don’t gamble.

HD – Why did Nestor sell his cousin once removed, Patrick back to Ian?

Jericho – “You will have to ask Nestor that question. He did get a fairly good deal.

HD – “Are you ashamed he sold a cousin to Ian?”

Jericho – “Why would I be? He got a very good price.

HD – Is Nod/New Vegas/New Asgard in a secret war with an advanced Nordic race in your own lands.

Jericho – “If I told you it wouldn’t be a secret. We are not at war with them.

Jericho – “They are people from my Power.

HD – You have a lot of tourism in an open society. How have you benefited by UT tightening of its borders?

Jericho – “Oh yes, we have been getting a sizable increase in tourism sense Ultimate Terror tightened their borders.

HD – “Ultimate Terror? Does this signify you are more skeptical of Emperor Lucius and his politics?”

Jericho – “I’ve been calling UT Ultimate Terror from the beginning. When I helped liberate it even. It signifies a joke.

HD – Have you lost money from UT tourists no longer being allowed to travel out of UT.

Jericho – “Not that much. They didn’t really go to Nod. New Vegas separate a slight loss but they have been finding other increases to tourism and the money they bring in.

HD – “Was there an incident of some drunken Borstal Boys setting a pub on fire? Did it create a diplomatic incident with UT?”

Jericho – “Yes that was and they paid their bill. No incident.“

HD – King Lucius banned non High Bloods from travel outside of UT unless they are minions of a High Blood. Can you comment

Jericho – “It’s his land he can do whatever he wants as long as it doesn’t impede any of my people that have to go in there.

HD – What would you do if he Ambernites or Borstalled an unknown son of yours?”

Jericho – “The only way they would get that treatment is if they had a block on their blood. Being my children they wouldn’t be that stupid.