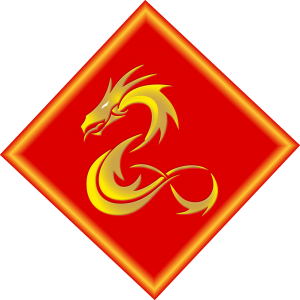 Very little is known of the world before the Courts of Chaos. Chaos history begins with its first ruler, Cornelius the Elder. Cornelius had four children: Swayville, from his marriage to Titaness Rhea; Suhuy and Dworkin by his second wife, Themis; and finally a single daughter, Cymnea, with the Titaness Thetis. From these four children descend all of those who claim the title “Cornelian”. Cornelius ruled a divided land, and it fell to his Son and Heir, King Swayville, to be the fundamental driving force behind the unification of the various small duchies and principalities under the Dragon Throne of Thelbane, to become the Courts of Chaos as it is now known.

The Courts is a semi-feudal society, albeit that both the tech level and the social attitudes are roughly at 1880s England level. Within it, there is a split between the noble “High Bloods”, and the more common demons, who are generally considered the lower class. “Demon” can be something of a misnomer, however, as the Real humans in far-away lands such as Amber, ultimately trace their ancestry – and profound longevity – to demon stock.

In the early years of his reign, His Royal and Imperial Majesty was married to Queen Alberta, and they had a number of children, both sons and daughters, although many of the sons did not live to have significant surviving issue. However, it was these children who went on to form the Major and Minor Houses. Alberta finally died in childbirth bearing a daughter, Swayvanna. After Alberta’s death, Swayville undertook a number of other marriages. However, at this time, the Princess Swayvanna is His Majesty’s youngest – and only surviving – child.

In recent years, His Royal and Imperial Majesty suffered a period of ill-health, and it was feared that his time as the Great and Benevolent Ruler of Thelbane may be drawing to a close. His condition worsened during the War Between the Powers, when the rebel factions of the House of Barimen, descended from his brother Dworkin Barimen, fought all the way to the gates of Chaos. However, a settlement was finally reached, and King Swayville married the Princess Florimel of Amber. Since that time, Swayville’s health has taken a considerable turn for the better.

The King and his Queen live in the Royal Palace of Swayvilleways, in the heart of the Court of Thelbane, at the centre of the Courts, while the Imperial Dragon Court is held in a room in Thelbane Tower adjacent to Swayville’s Palace. Across the main square is the Cathedral of the Serpent.

The Imperial Couple have four daughters: two sets of twins.

Religion in the Courts of Chaos

Bances is a highly traditional prelate who is very fixed in his views of the importance of the Church, and the truth that worship of the Dragon is the one true way. However, he seems to make an exception for the beliefs of the Royal Line, who are considered Divine within the House.

Most Houses have a primary Church of the Serpent within their Ways – after all, if they didn’t, Bances might decide that they were heretics. However, both Houses and individuals also sometimes have their own private temples and their own beliefs, and have small personal shrines to those they wish to venerate.

A “Ways” is the usual term used to describe the dwellings of the Houses and Important Players within the Courts of Chaos, and also out in the Black Zone. A Ways is a community, colony and world within itself, and is built from different scraps of Shadow which take the Waysmaster’s fancy. Ways must initially set up by a Senior Waysmaster, but after that, Logrus initiates are capable of weaving and amending those Ways, although basic initiates need to work a lot harder at it within the Courts itself. The Black Zone is a bit more flexible.

Ways often have an item or place which locks the various Shadows making up the Ways together, often acting as a central access point; and also sets the position of the Ways as a whole relative to the Courts; or in the case of a sub-Ways, relative to the House Ways it is attached to.

Ways belonging to a specific House take the name of that House, for example Channicutways or Helgramways. Within that, with the agreement of their Grand Duke, Logrus users may well have their own Ways, which will usually carry their name, for example Elizabethways in Channicut, or Clarissaways in Helgram. However, sometimes they change the name to be a little less pretentious, for example “Ianways”, in House Helgram, is now called Stokesay.

In addition, non-Logrus initiates may be granted either a full Ways or a Shadow/sub-Ways within an allied Ways, as a reward for services rendered to the House. Children of Ways holders will usually be automatically given a Shadow or sub-Ways within their parent’s Ways, until such time as they either take the Logrus and establish a full Ways of their own, or earn their own by other means.

With respect to grants of land or Ways outside of the individual Houses, within “Royal Land”, these are within the gift of King Swayville.

The main distinctions between the Major and Minor are related to the size and wealth of their respective holdings, although the original Major Houses did benefit from having founders in the more direct line of descent from King Swayville. In fact, to this day, the Major Houses are in the Royal Succession.

The Major Houses maintain a degree of independence and autonomy, and their Grand Duchies are effectively countries within the Courts as a whole However, all Grand Dukes of Chaos are expected to make an appearance at Swayville’s Dragon Court once a year, to renew their loving vows of fealty and present themselves or their heirs to Court.

The Houses usually specialise in different skills and areas, and intermarriage (and less legitimate liaisons) between them is very common. The Major Houses, in order of precedence, are:

Barriman (Dragon or, on a field sanguine). This is split into three branches:

Jesby (Dragon/Serpent, sable). They were one of the last Houses to end hostilities with Amber after the Patternfall War, which led to the death of the previous Grand Duke, Tmer. Thereafter, a predominantly female Regency Council was formed, until such time as Grand Duke Designate Rambault was considered old enough to take his place. However, this Council has since been replaced by Grand Duchess Glorianna, who is now the official Head of House (although this position is disputed). House Jesby has something of a reputation for poisoning their enemies, and their enemies, as well as being ritual magicians of some skill bur rather darker hue, and competent warriors.

Channicut (Dragon, yellow). Ruled by Jericho Channicut, since the death of his father, Tubble (who in turn became Grand Duke on the death of his predecessor, at the hands of Benedict Dworkin-Barriman)  Channicut is by far the most commercially minded Major House, with a somewhat rapacious reputation. It was the other House which was late to end hostilities with Amber. There is also a cadet branch of the house, the Heydrich-Channicuts, which was founded by Jericho’s half brother Reinhard, and is now run by his son, Klaus.

Helgram (Lion sanguine, on a field or). The new Grand Duke is Ian Helgram-Barriman, son of Bleys. This is the second change of Grand Duke since the Patternfall War. Helgram maintains patrilineal succession, but with the succession able to be passed through the female line. Grand Duke Graham Junior (son of the original Graham), and his wife Joan of Hendrake were only blessed with daughters, and so the title passed through his eldest daughter, Clarissa, to her eldest son, Bleys. However, following some years holding the positions of both King of Amber and Grand Duke Helgram, Bleys has Abdicated as Grand Duke in favour of his eldest son.  Helgrams are known for their studies of the arcane arts, their ability to outbreed pretty much any other House, and a certain reputation for laziness, although the latter is less pronounced in those with a stronger Hendrake element.

Hendrake (Drake, sanguine). Ruled by Grand Duchess Belissa Minobee, who until recently was the only female head of a Major House. Unlike many Chaos Houses, which follow patrilineal succession, Hendrake follows the female line, with the Grand Duchess having succeeded from Borel Hendrake. Hendrake are best known for their martial capabilities, and comprise a formidable military force. Hendrake and Helgram are very close allies, and intermarriages and liaisons between the two Houses are common.

Rexford (Lion or). Rexford was recently returned to Grand Duchy status after many years. The new Grand Duke is Rexford jr.

There is a movement within certain of the Major Houses – notably Channicut and Helgram –  to declare their complete independence from the Dragon Throne, although this has not, as yet, borne fruit, which may, in part, be related to the fact that at this time, all the Major Houses are still within the Chaos succession, to greater or lesser degrees. There are rumours, however, that this may change should King Swayville and Queen Florimel produce a male heir. The views of the current Grand Dukes of those Houses are yet to be determined, although it is interesting to note that the new Grand Duke of Helgram is also a direct grandson of King Swayville.

In days gone by, Karm was a Major House. However, after the divorce of King Oberon and Queen Cymnea, in favour of the White Queen, Faiella of Karm, the children of the now-disavowed union of Oberon and Cymnea decided to take exception. The vast majority of the House of Karm were hunted down and killed, with the sole survivors being the children of Oberon and Faiella – Eric, Corwin and Deirdre – and their descendants.

The Princess Deirdre, daughter of Oberon and Faeilla, has been formally recognised as Duchess of Karm, but it has not, as yet, been returned to Great House status.

The Minor Houses originate from the earliest days of Thelbane and the Courts, and comprise those families which are not originally descended from the Great and Glorious King Swayville. However, there is intermarriage between the Major and Minor Houses, and occasionally, a Minor House can be promoted to Major House status through marriage into the Royal Line.

The most notable example of this was when the original Duke Graham of Helgram, aka Helgram of Helgram, married the beautiful Princess Maíread Barimen, daughter of King Swayville and Queen Alberta. As the King’s gift to the happy couple, House Helgram was raised to Major House status and Graham was given the title of Grand Duke.

Marriage in the Courts of Chaos

Given the fact that High Bloods are functionally immortal (they’re only going to die by violence or serious disease), the concept of marriage being “Until death us do part” isn’t really appropriate. Long, loving marriages, like those between King Swayville and Alberta, or Graham Helgram Junior and Joan, do occur in the Courts, by they are more in the minority. It is far more common for marriages to be of set – or at least shorter – durations, with binding pre-nuptial agreements (perhaps related to disposition of children, or certain House assets), and ending in no-fault divorces. Many Thelbane nobles undertake multiple marriages of this kind during their lives, which explains the interconnections between different families and lines.

The Black Zone is the Chaos equivalent of Amber’s Golden Circle. Further details will eventually be found here.