Kieron stands about 6′ tall, weighs around 175 lbs. He has black hair, style is dependent on his mood, and blue eyes. He has been seen to wear a dark green shirt a size or two too big under a silver trimmed, black doublet and black breeches tucked into glossy black leather, knee-high boots. A gray leather weapons belt/harness with a silver buckle supported an ornate bastard sword on his left and a large pouch and dagger on his right. He wore a gray, full-length, hooded cloak overall, held in place by a silver brooch.

Kieron’s Symbol: A blue quartered shield over crossed swords over a red and white Maltese style cross on a black field. 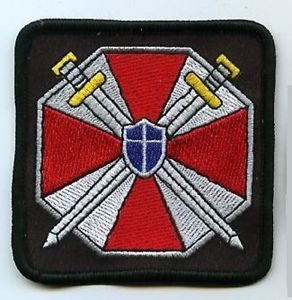 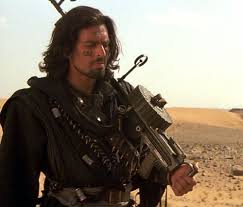 Kieron is the younger brother of Atreya and Chandani from Nepal in Greater Pacifica. Kieron is a rogue, plain and simple. He prefers to wander from place to place, checking out the womenfolk, playing cards, drinking, and fighting the occasional duel or three. He has sailed on many vessels, sometimes in Greater Pacifica’s Navy, sometimes not. Merchanters, warships, coastal traders, riverboats, aircraft carriers, destroyers, etc. he’s sailed and commanded many ships in his day. He has recently taken to owning/running a chain of restaurants/bars in Greater Lorraine.