Swayville’s Imperial Dragon Court is held in a room in Thelbane Tower adjacent to Swayville’s Palace.

The huge Court chamber itself is in traditional Swayville colours of Red and Gold. Splendid tapestries hang from the walls depicting the Kings before Swayville as his dynasty. There are a number of famous stained glass windows, including one of Suhuy, Keeper of the Logrus and brother to the King, scolding the Unicorn of Amber.

There is the huge dragon throne on a golden dais. There are pillows on each step going up the Dragon Throne itself for the different levels of nobleman to kneel before Swayville on. Slightly below the Dragon Throne, and to the side is the lesser throne of the Queen of Chaos.

The entire Court is expected to be standing unlike the decedent Southern Court of Amber. Only Swayville and his Queen are allowed to be seated. The court dress is complicated and reveals the intricate centuries old customs and traditions of the entire ancient kingdom and its governance.

His Royal and Imperial Majesty, King Swayville the Great 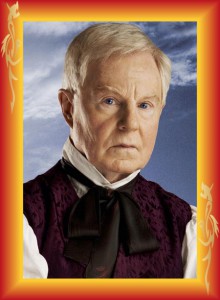 King of Chaos
Emperor of the Black Zone
Commander of the Faithful of the Dragon
Lord of Fire Gate
Right Arm of the Great Dragon
Owner of the Dragon Throne
Overlord of Chaos, Lord of The Bane, Master of Thelbane Castle
Grand Duke of Swayvilleways and Old Barrimanways
Lord of the Rim Dukes
Grand Overlord of the Abyss

King Swayville is always accompanied by an honour guard of the Dragon Guard dressed in gold and scarlet. Their armour is in rare Red Metal with gold trim with dragons carved on the breastplate. Banners signifying the High King of Chaos. He is also generally surrounded by lords and ladies from court. Mostly minor noblemen in Court Dress of different approved sorts. Oberon nicknamed it Barnum and Bailey’s Circus.

Rumours of Swayville’s good health – and otherwise – do sweep the court from time to time, most recently when he collapsed after the birth of his daughters. However, following medical treatment, he now appears to be in robust health once again. 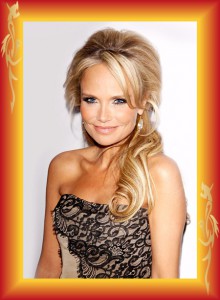 Her Royal and Imperial Queen Florimel of Chaos

King Swayville’s marriage to Florimel was part of the political settlement after the end of the War Between the Powers. However, the union appears to have breathed new life into the previously sickly King.

Swayville and his Queen have been blessed with two pairs of twin daughters (see below). The Queen is currently pregnant for the third time in their marriage.

Her Royal and Imperial Highness, the Archduchess Swayvanna

Until the recent birth of twins to King Swayville and Queen Flora, Swayvanna was the only surviving child of King Swayville from his prior marriage to Alberta (and indeed, from any marriage up until his present one). Her involvement in Courts politics has varied, depending on whether she was spending time in Shadow, although when she is in Thelbane, she likes to remain involved.

She has three known sons: Ian and John with Grand Duke Bleys of House Helgram; and Edward with Benedict of Amber, with whom she also has daughters. Her preferred persona when in Shadow is that of Queen Victoria, with Benedict as her Prince Albert.

Mary Rose is the eldest. She is very well educated but rather strong willed,an excellent student who was always hungry for knowledge. However, she shows an obstinate character. Her engagement to Paul, son of Elizabeth, was recently announced.

Anne Peony is one who is not a strict adherent to royal protocol. She is the most emotionally sensitive of her siblings and us sympathetic to other people’s burdens, possessing a sharp tongue and an easily triggered temper. She wants to be a doctor

Their Royal and Imperial Highnesses, the Archduchesses Daisy and MarYgold

Daisy Margaret is the most active member of the royal family, carrying out an extensive programme of royal engagements. She was also an active patron of charities. Though she indulges too much in chocolate and is a flirt.

Marygold Matilda became an able dancer with more verve and accuracy than any of her sisters. Her wit and intelligence makes her a favourite with her father with her inquisitive nature. 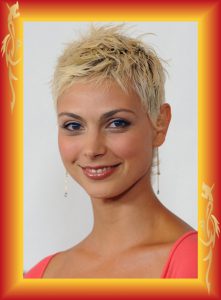 The Prime Minister of Thelbane is the Duchess Dara, formerly Grand Duchess of Sawall, until the return of Grand Duke Gramble. However, there’s no disputing that as well as serving King Swayville, she promotes her own agenda in other realms and areas of influence.

In her private life, she is one of the more prolific female members of the Cornelian line, and has children with a number of the Amber princes, as well as the late King Oberon himself. She is very keen to promote the claims of her offspring.

They will cosign certain acts with the Prime Minister. Princess Dara welcomed the announcement with a warm smile and says she looks forward to working with Gilva and Athena. 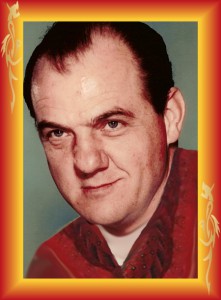 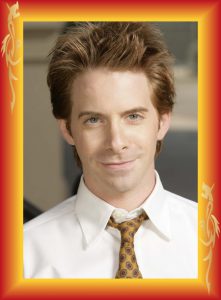 Son of former Grand Duke Bleys and Dara of House Sawall, Andrew (right) was recently appointed to the position, following the resignation of Armand Becker. Along with his duties as Chamberlain, Andrew is responsible for the security of the Imperial family.