His Most Royal and Imperial Majesty, King Bleys 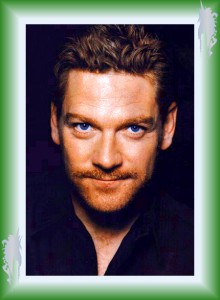 His Royal and Imperial Majesty, the Most High Born and Noble, by the Grace of the Creator
King of Amber, Lord of Amber Castle, Port Royal and Kolvir Mountain
King of Avernus (formerly)
Head of the House of Oberon-Barriman
Grand Master of All Helgram Orders and Societies
Grand Master of the Order of the Unicorn and all other Orders
Lord of Ygg
Overlord of Rebma
King of Tir-na Nog’th
Emperor of the Golden Circle and Overlord of Open Shadow

In documents signed before his death, Oberon had decreed that both Dworkin and the Unicorn should be in agreement as to his successor, should that day come. And moreover, should they fail to agree, then the choice of the new Ruler of Amber should fall to an election of the Princes. At the end of the Patternfall war, the Unicorn chose Prince Random – a somewhat unexpected choice. However, Dworkin refused to ratify her choice, and therefore the Gérard Regency continued until such time as a vote of the Family could be organised. Bleys became King of Amber on an exceedingly close decision of his Peers, and their Children in April (AE equivalent 2012) and was Crowned in August of the same year.

The anniversary of Bleys’ accession is celebrated on 15 April (so as not to be subsumed within the anniversary celebrations for the wedding of King Swayville and Queen Florimel of the Courts of Chaos). Amber therefore entered YLKB 9 (which started on the AE equivalent of 15 April 2020). 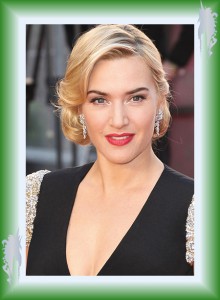 Bleys proposed to her on 8 September YLKB 2 at an Elysees Palace Ball. The happy couple didn’t give a great number of details about how they had met, and what had brought them together. However, it is rumoured that this is a marriage of love, rather than one of State.

Their marriage was concluded and solemnised at a recent ceremony in Port Royal later that year, and he has made her his Queen.

On 1 October, YLKB3, they celebrated the births of three daughters. The Home Secretary was present and can certify the birth was true and legitimate.

Following the splitting of the Amber and Helgram Titles, and Bleys’s eldest son, Ian, laying aside his Amber titles and taking his line of out the primary succession to become Grand Duke of Helgram, Ian’s younger twin, John, became Crown Prince of Amber. While Ian was brought up by their mother, John was brought up by his father in the Realm of Avernus, and had a somewhat sheltered upbringing. Most of his time is spent in Amber, where until recently, he worked as Bleys’ principal private secretary. Neither brother was aware of the other’s existence until Bleys returned to Amber and introduced them.

John was previously married, but his wife was murdered by Eric and his minions during the Amber Civil War, and he his only known child is Wendell of Wendellways, who follows him in the succession.

However, in the June of YLKB 4 King Bleys and Queen Elizabeth Channicut announced Prince John of Amber, Avernus and Helgram, was betrothed to be lawfully wed to Countess Minnie Helgram, sister to Clarabelle and Daisy Helgram, and the wedding took place in Summer of the same year.