Cocoa Beach is known to be a Rock in the Abyss. It is one of the largest of the independent city states in the area of Blue Water Abyss close to the Solstice Brown Water Abyss. It lies on valuable trade routes with Stillwater, Chaos and other sites. 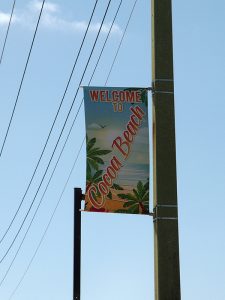 Accessibly by Abyss attuned pilots and travellers. There is no known road or ribbon to Cocoa Beach. There are reputed links to Ix’s Stair as Ish the Demon has been seen and has been arrested for illegally entering the country to sell swampland in uninhabited terrains.

Cocoa Beach is a tropical large island about the size of Oʻahu. Like all Abyss Rocks, it has an atmosphere, a black sun, and a sea and sky that ‘reflect on itself’ – if you sail too far out, you start returning back in the other direction or if you go too high, you start travelling down.

There is plenty of rain and a strong warm to hot continual growing season. Agriculture by law must be 50% of the Rock’s space though magical gardening and hydroponic gardening accounts for Cocoa being a food exporter.

There are contemporary modern conveniences including internet. Light sabres and advance science fiction do not work here. Abyss magic and Abyss powers work here as does different forms of ritual magic. Like all Abyss sites, Solstice Trump Cards, Patterns, Logrii and their broken and warped variations do not work. There is at least one link to Ix’s Stair though it is not known to everyone.

Run by an elected Mayor called Corinne La Gentille, who likes to greet visitors personally.  There is also post called Deputy Assistant Sub-Viceroy which is more honourary except in case of crisis 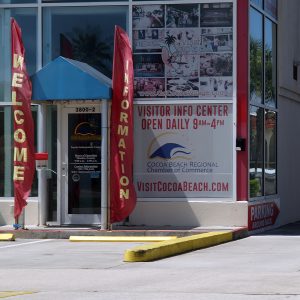 Cocoa does not have the extensive mosaic of palaces and mansions as its snooty rival Vero has. It has many prominent palaces and manses but less of them. If you want a tour of the notable buildings, call in to the Visitor Center.

Chaos and Abyss Empire – High Commission – Swayville de jure is Emperor of the Abyss Empire being the eldest son of the last bona fide Emperor Cornelius the Younger. He maintains an historic presence in what was seen as a backwater and an embarrassing decline and fall of the Chaos and Amber Royal Families in their past. The High Commission is in the late Valentinian Style but is diminished from other structures because of the need to fund the Abyss Empire’s war effort at the time.

Amber Cultural Information Centre – Not wanting to put up an Embassy, Oberon has always maintained a small presence in Cocoa Beach. The funding does not come from the Amber Treasury but through a long hidden and lost black operation cash horde in different old banks.

(New) – Palace of Lucius of UT combined with a recruiting centre for the Imperial High Blood Academy of Ultima Terra. Due to unfortunate accidents and incidents, the palace remains under construction while the recruiting centre is being refurbished with fire proof material.

All the major banks of Garnath, Antilla, Chaos – including Channicut have a presence here. Rumours of the Parys banks offering financial services have been around for a few years.

Corwin’s Palace – a silver and black tasteful style in Third Empire architectural style but with many silver roses everywhere.

Renfrew FH – old money reputed to be a FitzHelgram from ages past – red head and is current Deputy Assistant Sub-Viceroy. The position was created originally in the time of Abyss Emperor Valentinian the Conqueror who broke up Abyss worlds into 26 Viceroyalties, each had 8 Regions. Each region had 8 Territories and each territory had 8 or more Rocks like Cocoa Beach.

Corinne La Gentille – The elected Mayor. She is committed to keeping corruption inside acceptable limits, ensuring citizens have first benefits of the prosperity of the city and preservation of the old languages including Ancient Thari and the earlier Constantian protoThari. She is fairly popular.

Barbara Hood – Wife of Larry; reputed to be of the Mesopotamian Abyss Royals but has a different name – not psycho like rest of family
Larry Hood – Retired Pilot in the old Imperial Abyss Navy – reputed to know where old craft are hidden
Alfred De Grassie – Psychologist, counsellor and Mentalist – old sage but biased and conservative – Old Imperial survivor

Baronnet Werner of Brown, old cat person who worked in secret Abyss weapons programs including Emperors Theodosius, Valentinian and both Cornelii
Reputed to have worked for both Oberon and Swayville with weaponry in Amber, Chaos and Shadow

Derby (pronounced “Darby”, if you please…) Helgram red head- High Commissioner of King Swayville and Vice Consul to Cocoa Beach – to maintain the fiction of the Abyss Empire’s sovereignty yet acknowledging the reality of the independence of the City States. Derby is a womanizer and drunk and was given this job as a reward to his family and to give him a job far far away from Helgramways.

His secretary Grizabella Woolspinner, a cat person who has a photographic memory and does most of his work. Knows old Abyss Empire protocol and history as a hobby