Talon stands about 6′ tall, weighs about 180 lbs, athletic build. Long black hair, green eyes. Strong Asian influence in his features and coloring. Talon dresses for the occasion but prefers to either wear his plate armor or monkish type garb.

Talon’s Symbol: a red dragon holding a blue cup on a yellow field 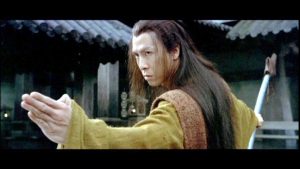 Talon is the younger brother of Tien Lung and Michelle in Qin, Greater Pacifica. He is a warrior and student of the mystic arts. Talon is a wanderer, often travelling amongst the various realms checking on the common man and their lives.