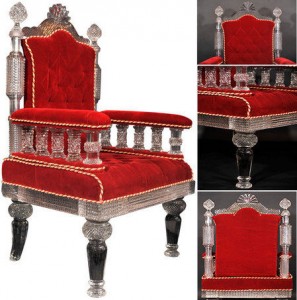 A Proper Chair, ordered for Princess Michelle, sample in red, should be blue

Service to be at Amber Cathedral. This is a state event.

[It will be played out, and] there should be plenty of Chaos invited as His Highness Prince David is a lord of Sawall as well as Prince of Amber and of Parys. (and it is rumored he sent some pretty nice swag (one heckuva coach style carriage) to Flora’s wedding even though he didn’t go)

It was scheduled as the next big event after Prince Geran and Princess Bryndal’s Nuptuals, with Prince Christope of Amber and Parys and Princess Jorrah of Amber and Brandenburg’s falling somewhere between these two. With His Royal Highness Prince Rambault’s sudden announcement of his wedding to Baroness Vinta Bayle; that means it will be a very busy spring season.

Prince Dave is thanking the stars above and the Unicorn’s hoof that maybe, just maybe, that Prince Rambault’s wedding will take some of the pressure and attention off of himself.

Some brave and foolhardy wags have a baby bump watch going on Her Royal Highness Princess Michelle. Prince Dave is not walking like this is true, yet. A few bookies are giving odds on it.

In some other areas, it is rumored that Prince Dave is already collecting jewelry to cover his Princess with, this is one item seen recently heading his way. Since it is not pink or red, it MUST be for his beloved, as it seems he has no affinity for anything Rebman as of late.

The chair, is for her to sit at his side, there are more than one lesser court this royal couple will be presiding over. 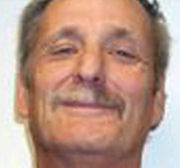 Tonio the tailor. Outwardly accused of and did not deny, being on other side of fence. Delights in cornering his male victims for hours of fittings and takes delight in fitting and refitting certain parts of male garb.

He is prowling the halls of Amber Castle as of late…

Prince Dave has almost taken his bat to the fellow a few times, now the tailor stalks his victims with Her Royal Highness Princess Rose in attendance, lately, to make the person come along!

The last encounter involving Prince Dave revolved around a pair of jodhpurs trousers that look like they were swiped off the seat of a dead chesterfield left out on the curb for Tuesday pickup. And the tailoring looked more like a 7th grade home-ec class first project before the chili garnish.

More odds have been given by at least one bookie, that if Dave wasn’t able to sire a good healthy crop of grandchildren before all this started, he can’t now. Or won’t be able to if he gains about three more pin-woundings in delicate areas.

It’s been called to have Tonio investigated for ties to the Randomites and a few other groups. Dave has been seen more often with someone else in his attendance, whether it be his manservant, his aide, and at least one guard. Not just since the grief that rained down and ruined Rebma’s day.

In the meantime, Dave had little advice to offer Rambault other than run really fast. Really Really Fast.

Dave’s prayers may have been answered, it’s rumored that Tonio did a few too many starring roles from The Nutcracker, and retired from the job.  The new fellow is a bit overenthusiastic with gold lace and a little short on skill, but. The Princes of the Castle can at least walk the halls again. 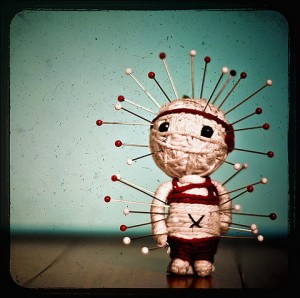 How Prince Dave was feeling these days. He is most glad that His Royal Highness Prince Rambault is on the hotseat, with his impending and needful nuptuals to Baroness Vinta Bayle. Not only does it divide Her Royal Highness Princess Rose’s attention; but it actually gives multiple targets for the tailor.

[No, no street vendor is hawking these. Yet. As official Wedding Souvenirs or as anything else. Yet]

[Further rumor is these are going to be discontinued, as Tonio is no longer in Amber City. A few hundred of them washed up at the docks, where some vendors tossed them in the drink rather than take the loss of trying to unload them as they no longer had any value, they don’t even burn very well]

The few left are more curiosities than collector items.

Dave finally seen one in the ‘netted and raked off the shoreline catch today’ and chuckled. If anyone tries selling you a signed one, they are a total and complete fabrication, he did NOT endorse these nor did he sign any. Report the vendor to the authorities.

Some wags will rake them up, wash them off and make some female versions and sell sets for the wedding. Or try to. Despite all the shlock about to be peddled in the name of the royal wedding, these are still to be reported to the authorities if seen. The fines are worse than making a set to try to net the reward. Though some will probably try it.

As it is there are no One Hundred Eighty Nine sets of wedding garb and wardrobes and trousseau for the Royals and their guests… Thirty Seven is the last official reported iteration. And no, there is no rummage sale being set up to excess the other thirty six. Anyone showing up Saturday will be sent away by the guards, with force if necessary. Early birds will be shot, stuffed with sage and onion dressing and be featured at brunch. (or so it’s rumored)(Her Royal Highness Princess Rose thinks rummage sales so ‘passe’ and ‘peasant’.)

Her Royal Highness Princess Rose has no less than a team of fourteen to plan the Nuptuals of Her Royal Highness the Princess Michelle, to Prince David of Amber and Parys. This is the head planner, Countess Ludmilla of Baumgarten. She has being an angel (up in the air and harping about something) and the quintessential banshee screech down like nobody’s ever seen.

It looks like it will be a righteous ‘excruciating’ time.

A wedding planner is a social event organizer, making sure that all vendors are in line, all items and goods and services are exactly so, and runs the event the day of the event.

Rose heaps on Ludmilla, Ludmilla piles it higher and shovels it out on everyone else.

Be afraid, be very very afraid.

The Wedding, various bits before THE Event

A possible gown for Michelle

It has gotten around it seems that wearing your military uniform is very ‘in’ for this one plus your chestful of baubles, bling, medals, sashes, and awards. That may supercede the white with gold embroidery of formal court garb.

Instead of white and all that, Princess Michelle is rumored to have several gowns including this one.

Work in Progress more to come.