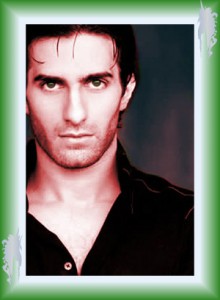 HD – How did you come to Amber?

Patrick – I was found somewhere and brought here. I woke up at my brother Ian’s place…

HD – Was it true you were in red licorice whips?

HD – Is it true you were sold by Prince Nestor of Nod and Channicut to Ian?

Patrick – I think HIS version was he negotiated a reward for finding me and taking me to safety. I wasn’t conscious so what happened wasn’t my doing.

HD – How did you get there?

Patrick – I was jumped in the alley where I lived and worked and woke up elsewhere.

HD – Why did you crackdown on the autonomous governments of your 1975 Earth?

Patrick – They have their heads up theirs in so many ways, time to clean house before it gets really ugly.

HD – Were they Lynx Cult Worshippers?

Patrick – Some others found Lynx there, and I finished the job.

HD – Does this show that Matthewism and its autonomy and liberty system is morally bankrupt as Lucius claims it to be?

Patrick – I’m not putting a toe in that pissing contest. Those two can sort it out themselves.

HD – Why do you call it that? I thought they were full brothers.

Patrick – Po-tate-oh, and Poe-tah-toe… I’m not getting in that one.

HD – Do you plan to allow the Antilla Railway to come to your Earth?

HD – Matthewsburg? Where is that on your world?

Patrick – Westwards of Chicago. Matthewsburg was planned and laid out to be a major port hub; and an enterprise zone set up in it for the Antilla Rail to hook to this shadow at this point and do duty free across both boundaries (from Antilla control and from this world. Rail, road, air, and water have been built up and laid in for this to be a major port city connecting to this shadow. The area around this city is very carefully zoned and controlled, no massive exodus from the junction into this shadow or from this shadow onto Antilla connection.

HD- How are your relations to your Helgram relatives?

HD – Who are your closest Helgram relatives?

Patrick – Dad puts up with my face, Ian doesn’t run if I call him or show up.

Patrick – Neither, honestly. I’m not a schoolboy in short pants anymore.

HD – These are adult educational facilities,. Which one would you have preferred to have gone to?

HD – What is your favourite flavour of ice cream?

Patrick – Vanilla. You can put other things on it then, like make a banana split.

HD – How well do you get along with your brother Ian?

HD – How about your father Bleys?

Patrick – Okay considering everything. I try to stay out of his hair and he is pretty civil to me.

HD – Do you have any concerns about Bleys hiding you and ignoring you?

HD – Have you been to memorials for your fallen brothers and sisters who died in the Eric of Amber reign?

HD – What are your plans for your son Lenny? We heard you got him a job as Ambassador to UT.

HD – Does he seem as a disappointment.

Patrick – Can’t fault him over who his mom was.

HD i What are you plans for 1975 Earth? Next year it will advance to 1976 technology as a ceiling.

Patrick – Already bringing in things to advance what needs it; before they destroy the place further.

HD – Do you control the militaries of these worlds? Are you favouring a single world government like UT or the federational system of Antilla?

Patrick – It’ll be a unified world when I’m done.

Patrick – What goes best in heavy tropical with 3 am rainstorms.

HD – How do you feel about magic, pattern and other sorcery?

Patrick – Can be useful. Where it impinges on the rights and liberty of others, I do NOT like it. There is no way anyone should ever be used against their will for magical power; ever. It is not ‘boys will be boys’ it is nothing more than thugbootery, kidnapping, and torture, at that point.

HD – Who does ‘boys will be boys’ and what do they do?

Patrick – Don’t get me started. There’s way too much kidnapping going on for the sake of a ritual.

HD – Do you have any bitter feelings towards Nestor?

Patrick – He can drop in a hole and I wouldn’t mind.

HD – What was the offence that annoyed you most?

HD – Any plans for marriage? Do you want to marry for love or have your father/brothers arrange one for you.

Patrick – After the Dolores Fiasco and Dara impersonating her; that’s the farthest thing from my mind.

HD – Any thoughts on Geran’s aggression in Eregnor and other areas against Prince Tone?

Patrick – His problem, though it does sound like there’s many reasons Geran has for that, and legit beefs too.

HD – Which beefs were they?

HD – Will Bear Cult Worship be allowed in your world

Patrick – No.  And neither will the Quaddity.