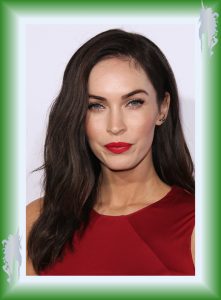 Julia Barnes is the daughter of Julian of Amber who, although she walked the Pattern in the distant past, was never recognised by the Court of King Oberon.Alexander of UT, lobbied King Bleys successfully to grant her the courtesy style and title of a Princess of Amber (HRH), despite Julian’s disinterest in his daughter. She has dark brown to black hair and blue eyes similar to her father, Julian.

Julia was been brought up in her mother’s family’s house, where she had two younger twin brothers who have since perished. Later on, she identified Phillip and Alexander (The Twins) as the reincarnations of her late brothers. This created a strong bond between them she still acts as their bossy and highly protective older sister. Julia maintains a suite of rooms for them in the Administrator’s House at the Edgefield.

She is the President and CEO of the Edgefield Hotel Chain Corporation of 1997 Earth Portland, and operates a chain of at least 100 hotels on most known Earth Rocks, including Ancient Earth and even closed Earths like Antilla. Patrick sunk his Edgefield under the sea to prevent one from forming and it is maintained that she has no holdings on Tenterden, as she convinced Lucius that to do so, would incur the enmity of Prince Ian. Julia rules all of her hotels, bars and restaurants with an iron fist maintaining strict discipline and is feared by all her managers and staff.

Before assuming control of the Edgefield, she co-managed Zanzibar’s a Toronto 80s bar and club on Ancient Earth. She also was Jurt’s girlfriend, and at the time, was most known for studying sorcery under Victor Melman (Head of the Antillan Order of Wizards and Sorcerers and advisor to King Matthew, Lucius’ brother). Julia aspired to be a rock star and tried to convince Jurt of form a band. During her time with Jurt, she was on her revenge campaign against Jurt’s (half?) brother, and her ex, Merlin. Prior to that, while dating Merlin, she, along with Prince Luke or Rinaldo of Brandenberg, Nayda Fitzhendrake aka Gail Miller, were a brat pack who lived in 1980s Ancient Earth.

Julia has been named to the Sine Cure position of Imperial Concubine of the Emperor Lucius. Both Benedict of Amber and Lucius’ mother Princess Elizabeth investigated and found no wickedness, and permitted her courtesy title in UT to be recognized in Chaos and Amber.

The Edgefield Estate on 1997 Earth is reported to have a secret link to a secure area of the Iron Apple, of Ultima Terra which allows Julia access and UT security personnel to travel.