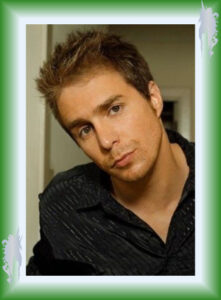 Brodie is the youngest child of Random and Vialle.

Son of Random and Vialle, born during the Civil War. He was not among the children held captive by Lucius after Random’s rebellion.  This was probably because he was so very rarely in Amber and just couldn’t be located in Thelbane. Though it’s now known that his location was was sale to the right wrong ‘uns.

He is around 5’8” [if he stretches up on his toes] with light brown closely cut hair, brown eyes and is of a light build. He is clean shaven if reminded to shave but there’s often a few days of stubble on his face.

Gray and black are the colours associated with him and he dresses casually enough in black jeans, a gray tee shirt and a black leather jacket, unless obliged to attend formal court occasions in which case it’s a rushed attempt to find something appropriate in Amber City – he’d been known to borrow his Dad’s Court garb on occasion.

He has spent a lot of his life in Thelbane and ‘out and about’, he’ll reply with a vague wave if asked.

He is not known to have a fixed abode. He is occasionally seen about Amber City but can more often be found in Antilla Station where he is a guest of King Matthew with a suite within Dexter Palace. He makes good use of the Pool within the Palace and often swims in the waterways around Antilla Station.  He lives with Betsy – an astonishingly gorgeous looking woman from the Abyss. He moves easily – perhaps too easily between strata of Society and seems largely unconcerned about the niceties of Class structures. He is disdainful of religion but, amusingly, was ordained as a Priest in the Nicolene Church. This does rile him but as he says, no consent. Doesn’t count.  Consent seems to be the central tenant of his personal ethics.

He is know to have a little Sorcery and is a great keyboard player – which is hardly surprising given his Father’s talents. When in Amber, he can be sometimes be found playing in one of the favoured musicians Bars as opposed to some cool kid hang out.

An increasing number of not very nice people want to get their hands on him. He just shrugs it off with a grin!