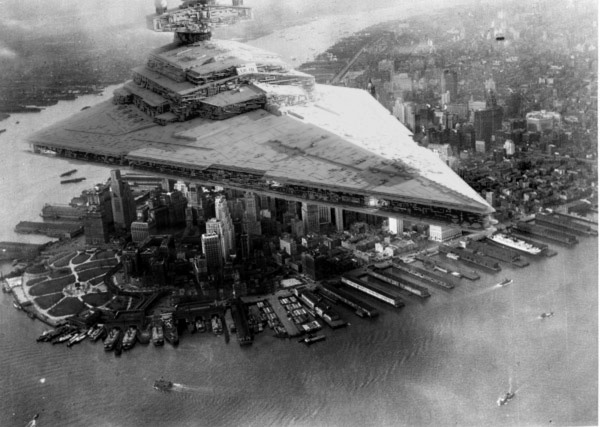 The empire is home to Thrawn and his Sabretiger Harlequin. The empire is a collection of shadows Thrawn discovered some time ago. Before that it was isolated from each other and other shadows.

The Shadows contain at least 55 different timelines of Star Wars. With the most
advanced meeting approximately 140 years after the battle that destroyed first
Death Star.

One hour in Amber equals 2 hours in OWE.

The average lifespan is approximately 400 years for humans.

The Empire is fairly liberal. They have all the same rights as United States and Canada excellent universal healthcare. There is a constitution for the Empire and was ratified by the Senate before Thrawn became Emperor at his request.

Each galaxy is broken up into 2048 sectors. Each sector is represented by a senator in their galactic Senate. Additional senators are appointed by their representative group. The top 10 corporations each have a senator. Additionally some of the more important planets have dedicated senators for just the planet. There is on average 3000 senators per galaxy. Satellite galaxies have representation in the Galactic Senate that they are a satellite of. Each of the galaxies send representation to the Imperial Senate which is on the prime galaxy on the planet called Imperial Center.  The Imperial Senate also has 3000 senators. As new galaxies are added the average galaxy loses a few Senators in the Imperial Senate. A total of 91 galaxies are under Thrawn’s control. Not counting small satellite galaxies that orbit much larger galaxies. An additional 154 galaxies are currently being explored. (The numbers do mean something.) A galaxy is added when the majority of the population wishes to be added to the Empire in a simple majority vote.

There are no aliens in the Empire. There are different tribes of humans that take some of the attributes of their similar name aliens from Star Wars. For example the Hutts are large
overweight individuals that tends to be gluttons.

The 13th shadow that was added to the Empire is exclusively Elvish. Much like the rest of the Empire they take similar attributes from the different tribes of humans.

Thrawn receives a salary of around $1 million a year and a 1% sales tax on everything. Along with necessary expenses paid for by an additional stipend. Taxes are generally low except in times of war. The Imperial Senate sets the tax rate for everybody and the Galactic Senate’s if they need more money can add multiple taxes. There is no deficit except during times of war. Each sector is administrated by a Moff.  Grand Moffs usually head up important sectors or tasks. Each Moff is appointed by the Emperor and confirmed by the Imperial Senate and the Galactic Senate they will be working in.  Each senator is appointed by the customs of that sector or area the senator represents. In times of war the Emperor has very expanded
powers.

Many planets have their own nobility. This is usually only acknowledged by courtesy titles. Thrawn Is gradually implementing an empire level nobility. He is in no hurry.

Education is free and universal, with a significant amount of children being taught at home or from private tutors. All children are required to pass grade equivalent tests each year and equivalent graduation tests before going to university, academy, or trade school. Post grade school, it is accepted that everybody should go to university, academy, or trade school and the higher education does a good job preparing their students for life out of school.

Education is standardize, excellent, and considered a right. College and University is also extremely inexpensive. There are very few manual labor jobs. Most are done By droids. Almost everybody owns a droid. There was briefly of movement to give droids equal rights. This led to a brief civil war where the droids were crushingly defeated and it has not been brought up again. Slavery is crushed wherever it is met. However, if the slave owners willingly give up their slaves they are given droids to do the work and are monetarily compensated for their loss, once.

Research and development is constantly going forward and is very well-funded.

For recorded history the shadows of the empire were isolated and thought that they were all that were created. Some prehistoric legends seem to point to someone either moving shadows or creating them for some reason not known. Emperor Thrawn rose quickly through the ranks of the Starfleet and became emperor and began the difficult process of creating a mighty empire.

It is a great honor to join the empire’s military. The military is voluntary and makes use of clones and robots. Everybody is registered for military use for empire wide emergencies. The military also helps its members after they leave with life after military.

Droid forces make up the majority of the military.  Thrawn uses them as disposable forces or forces sent in to absorb advances. They use different star fighters then the humans use exclusively The Tie fighters. They are cheap, easy to mass-produce, and very fast. There are essentially five different military class droids. Battle droids (from Phantom Menace with additional battery packs so they can’t all be shut down at once), pilot droids that are designed to be cheap but very capable of flying, commando droids that are human size and appearance, special protection droids, and command droids.

Human forces are supplemented by clones. There are two types of clones. The first type is the ones From the Clone Wars that take 10 years to mature. During those 10 years they are trained nonstop. They are also modified so they enjoy nonstop training and following orders. These type of clones get first crack at Storm Trooper positions and elite assignments.  The
best of the clones are given jobs in Royal protection and commando units. These clones are also the same height as Thrawn. The second type of clone are flash clones that only take 20 days to mature. They have downloaded into them all the jobs the normal military does. They are usually used to fill up vacancies in ships and are not considered elite at the beginning. All the clones are capable of self growth and expanding their capabilities. The clones, once they reach maturity begin to age in a normal rate. The droids and the clones have additional programming that will not allow them to betray Thrawn.

The rest of the military is composed of volunteer humans. No limitations are put on the volunteering humans except they cannot be Royal protection. The humans fly the space fighters like the Rebels did in the movies.

The Imperial Knights is a group of force using protectors of the Empire and specialists that work together to combat various enemies. The Knights have some abilities to lead troops but it is dependent on their training.

The empire is governed by an Imperial Senate, that handles national matters and galactic senates take care of everything else that local government does not handle. Each level of government has their responsibilities carefully set by a constitution. Each senator is elected according to the traditions and wishes of their constituents. Political parties do not exist in the empire.

The technology level of the empire is not limited with current levels being very high. Space flight is common and easy. Computer power is very high, inexpensive, and common. Communication, even for distance parts of the empire, is instant and networks of computers contains all knowledge of the empire free for all to read and use. Healthcare is free and quickly provided with medical robots able to handle the most difficult conditions and mobile enough to provide house calls.

Technology includes death Stars (two originals that were upgraded for better defense and offense) (five second-generation also upgraded) none of the Death Stars travel alone they are part of fleets. There are also modified Star Forges that take stellar matter and turn it into whatever is needed. Primarily droids and ships. There are seven of these that can be moved
if there star is no longer useful. Also is the ability to be world devastator’s that literally takes cities and planets apart and produce weapons of war. None of these will leave the Empire. The computers are much more powerful than in the movies and much smaller. Cell phone like devices are very common. It is also possible to place a human brain into a prosthetic body like Ghost in the Shell. The only human replica droids contain humans that choose to become a droid. Whether their body can no longer contain or by choice. The Empire also has a few
Hyperspace gates that allow instantaneous travel between two gates. This is rather rare technology and is under research. There is also a very large Internet. It connects people to people throughout the empire. Much like current day except larger and faster.

Whenever possible the clone production is kept at full for the long term clones. Thrawn also creates clone women to do non-combat jobs and to have women around for the clone soldiers to create families following their enlistments. Majority of clones are blond and are grown from the best and brightest of the galaxies.

Imperial Center Prime is the location of the Senate of the OtherWorld Empire, the palace of the Emperor, center of the Imperial government, and also the government for that galaxy. The city covers the entire planet except for one range of mountains and three small seas. At any point of time there are 1 trillion people living on the city planet. It also contains at
least a thousand universities and colleges. It also has the largest shopping center in the Empire. The weather is comfortable but rather cool large mirrors in space help keep the planet comfortably warm.

This city is being constructed now. What is already complete is a large naval port designed to keep the Empire connected to the rest of creation. It is considerably large and is of growing influence inside the Empire. The city contains universities, colleges, recreation facilities, shopping centers, and living space to make the city almost self-sufficient without trade. With trade even partially completed it is very rich and diverse city.