Children of Graham and Mairead

Graham Junior inherited the title of Grand Duke from his father, Graham Senior. The House first came onto the Chaos Map with the promotion to Major House status, and Graham Senior and Mairead worked hard to establish it on a par with the others. After his father’s death, Graham Junior continued the good work. Warrior, diplomat and sorcerer of great skill, under his guidance, the prestige of the House grew, helped by a politically astute marriage to Joan of Hendrake, which was the foundation of the strong ties between the two Houses. In the end, their marriage grew to become one of love and mutual respect, although ultimately, they were only blessed with daughters. He died in the confusion of the War Between the Powers. 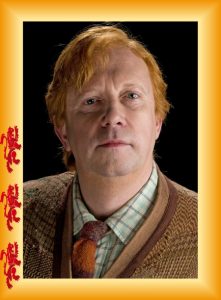 Duke Daveth, Master of the Arcane

Duke Daveth was the second son born to Graham and Mairead. From an early age, he showed considerable aptitude in matters of the arcane, and was the first of his generation to walk the Logrus. He studied with Lord Suhuy, the Keeper of the Logrus, for many years and became highly adept in its use. He returned to House Helgram at the request of his father when it became apparent that the Helgram family was outgrowing Helgramways, and he was appointed as the first Keeper of the Ways. In addition, his duties included teaching young Helgrams who had successfully initiated to the Logrus, and providing a place of safety and solace for those who were driven utterly mad by the experience.

Eventually, he trained his younger brother William as his successor as Keeper of the Ways, and stepped back from that role to concentrate on teaching past and future Logrus initiates, and researching and teaching magic in all its forms – power words, sorcery, ritual and conjuration. He was given the title of Master of the Arcane as one of his elder brother Graham’s first actions when he became Head of House.

He has been married several times, including once to Dybele Hendrake. Their daughter, Elowen, is one of the main Helgram experts in poisons and their antidotes, an important position given the proclivity of certain other Houses for using poison to settle disputes and get ahead.

With the departure of Duchess Athena for pastures new, Duke Daveth has been appointed the new Chancellor of the Helgram Academy.

Matilda is one of the Grand Old Dames of House Hendrake. She is a stickler for protocol and etiquette, and many a young Helgram has felt her wrath when using the wrong knife and fork at dinner. She is the main organiser of large-scale social events within the House, working out of offices within Helgram Palace, where she can keep a close eye on comings and goings. She seems to have made it her personal mission to make sure that the younger members of the family know how to behave in polite society, and has made a point of “persuading” her niece Athena that she should give protocol lessons at the Academy. Outside of her social activities, she’s best known as a designer and decorator, both of events, and major Helgram buildings.

When he was growing up, William was rather an outsider among his family. He was slow to learn how to shapeshift. He also didn’t initially show a great deal of aptitude for magic. He was fostered at King Swayville’s court, where he acted as a page, and was knighted by the King during one of his various campaigns. However, his breakthrough was when he was seriously injured in battle, which was enough to trigger his shapeshift.
Once he’d learned enough control to survive, he was given the opportunity of walking the Logrus. He suffered badly from Logrus madness, but the experience let him get in touch with a previously unsuspected talent for conjuration. After he recovered, he studied first with Suhuy, and then with his brother Daveth, during which time he showed a flair for finding potential Ways components in Shadow, and integrating them well. Daveth choose him as his successor as Keeper of the Ways when he decided to concentrate on teaching.

As Keeper, he is responsible for keeping all the various bits of Helgramways joined together in the right order. Given the size of the Family and the sheer number of sub-Ways, this is a position which carries a great deal of responsibility. After all, although some of the individuals who own the sub-Ways , can do daily maintenance and add bits and bobs, there is a need for overall co-ordination. The Keeper is also responsible for maintaining and building Ways for those who are not capable of doing it themselves. someone ought to be tying it all together.

William has done his marital duty for the House in the past, and is the father of Grand Duchess Dara of Sawall, by Darlene Hendrake, although he is currently unmarried. He also has at least two children with his long-term mistress, the true love of his life, Marienne Delacroix: a son named Uilliam and a daughter named Jenna. Both are acknowledged in the Family records, with full Helgram privileges. Uilliam works as the Helgram Academy Wayskeeper, and Jenna is still a pupil there.

Henry’s progress was pretty much diametrically opposite to his brother William’s. He was something of an arcane prodigy as a child, picking up magical concepts from a very early age, and spontaneously casting spells before he was really old enough to understand what he was doing. As a result, it was probably only a matter of time before something went very wrong. He was studying advanced combat magic at the Academy, when he miscalculated and ended up at ground zero of a magical explosion. He was very seriously hurt, and the shock overloaded his system. While he did survive, it was touch and go, and he never regained the ability to shapeshift, which meant that he never managed to walk the Logrus.

After Graham married Joan, she arranged for her brother in law to study tactics and strategy with the Hendrake family. He took to this like a duck to water, and thus was born a second career as a soldier. However, he was finally killed in one of the skirmishes leading up to the War Between the Powers, to be succeeded as head of the Harrison-Helgram branch by his son Arran.

Arran has a daughter named Odette Helgram-Berengar, wife of Etienne Berengar, Count of Rennes in Bretagne, Parys. She is the mother of Jacque Rene, with Aleksandr, the former king of Parys.

Duke Stephen was one of the more combat-oriented members of the family, his mother’s Hendrake ancestry having come out very strongly in him. He was sent to study with Duke Borel, and other members of his mother’s House, rather than go to the Helgram Academy, and returned with a strong knowledge of both hand-to-hand and ranged combat with weapons, plus combat and defensive magic. He was appointed House Master at Arms, and for many centuries taught younger Helgrams the basics of self-defence and personal combat, as well as running the House’s special forces teams. This became particularly important with the rising threat from Eric of Karm and his minions, and was often sent out to rescue members of the House who were eight in danger of capture, had been captured, or had managed to escape. However, his luck eventually ran out, and he was killed by Caine Rilgason while rescuing a daughter of Duchess Rosemary, named named Lindsay.

Duchess Eleanor was always a people person, even as a child. Even while she was still at the Academy, she knew that she wanted to do something useful along social lines. She spent some time in the Court of King Swayville, where she made a lot of connections and got to know most of the movers and shakers within the Courts. She qualified in Chaos Jurisprudence, and then worked with the Chaos Foreign Ministry for a time. Eventually, she returned to work for the House, and started formalising and organising Helgram’s diplomatic efforts. She has been married several times, as is usually the way in Chaos. One of her daughters, Gwenith, is the House Infirmarer. Outside of her day job, Eleanor is a renowned artist and musician.

House Helgram has a long-established history, and has been at the heart of Courts politics since Graham Senior married Maíread Barriman. As a child, Duke Richard was always fascinated by the history of both the House and the Courts, but found that no-one in the House had really put in the time and effort to organise documents, etc. So after graduating from the Academy, where he had studied magic to doctorate level, with a specialisation in investigation and forensics, he decided that Something Should Be Done to preserve the House’s history. His self-appointed task is to make sure that the past isn’t forgotten, and that new and significant events which the House and its members has been involved in are recorded. He is also Founder and Curator of the Helgram Museum.

Seventh son of Graham and Maíread. Within House Helgram, this has certain arcane significance, which has often been reflected out in Shadow. Other known seventh sons within the House include Grand Duke Bleys, and his heir Crown Prince Ian. Of all the members of the House, Duke John has the strongest mind, and a number of abilities that bear the closest resemblance to ritual magic, although they seem to be something innate to him, rather than something he’s learned. For example, he can heal by touch without being able to shape shift anyone else; charming the creatures out of the air; personal warding; truth reading and so on. He is also an accomplished telepath.

He is very experienced in matters arcane, and is probably second only to his brother Daveth in that regard. However, while Daveth’s speciality is more towards the Logrus, John’s area of speciality has been Trump Artistry and matters of the mind. If new Trumps need to be drawn of members of the House, he is the first port of call, although he does have an assistant or two to help with duplication of cards for everyone who needs them. He is one of the Academy’s regular guest lecturers, explaining the uses and abuses of Trumps to the students.

He is also a gifted sorcerer, and regularly exhibits his non-Trump art in galleries in Thelbane.

His Grace, Bishop Edward, High Priest of the Dragon for Helgramways

Edward is the youngest child of Graham and Joan. His initial interest was in the more military aspects of the House, but he turned away from violence and towards religion in the run-up to the War Between the Powers, as he saw how badly that could go for Chaos. He was ordained and served under Bances of Amblerash for many years. His appointment to the See of Helgramways occurred shortly after his father’s death.