When a visitor first arrives in Helgram Ways, they come through to the Central Nexus. This is the most open area, as far as arrivals by Magic, Trump, Logrus and other Arcane methods is concerned. Non-Helgrams coming to visit will always be diverted to this area, unless they happen to be accompanied by a member of the House. The arrival area is a large, roughly pentagonal space, with flagstones on the ground. It is roughly 400 yards on each side (and roughly 275k yards square), and has the feel of an Italian piazza. It is surrounded by three storey-building, with a tall colonnade facing the courtyard. The arches of the colonnade offer access to the communal and administrative areas of the House, and beside it in the piazza, in some areas, are tables belonging to the cafes and bars  under the colonnade. 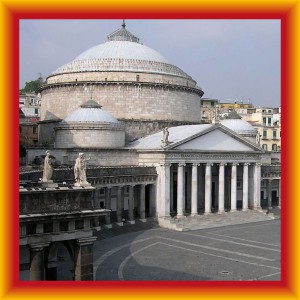 This area has five fountains, each situated far enough out from the corner points to form the respective points of a pentacle, which is marked out on the ground in coloured stone. The colours vary from point to point – red, white, blue, green and brown – and the star is surrounded by a silver grey metal circle. In the centre of this pentacle is a huge statue of Grand Duke Graham the Elder, and his wife Maíread.  Four out of five of the Fountains are arrival points, each for a separate form of Arcane arrival (ie magic, Trump, Logrus or other methods. The fifth is the actual “doorway” back out to Thelbane.

All arrivals appear facing Helgram Palace, which is a huge structure which blunts the “north” corner of the pentagonal space, with a Greco-Roman style entrance portico. This is the official residence of the Grand Duke (although more often, he actually stays in his own Ways), and contains the major Helgram State Rooms, such as the Great Hall, the Throne Room and the Grand Ballroom. Major Helgram State occasions are usually held in here – such as Royal visits or visits from other Grand Dukes, and it is also used for major House functions. The most notable external feature is the huge dome of the Great Hall of the House, which is laid out amphitheatre style, and can’t be missed by new arrivals in the courtyard. 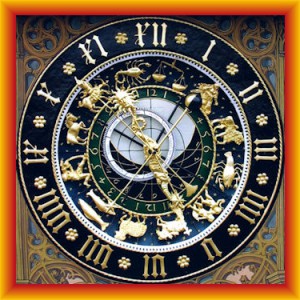 In the colonnade on the opposite side of the Nexus from the Helgram Palace is the entrance to the Helgram Marketplace, which is reached through an impressive stone arch. Above the arch leading is the Great Clock, which runs on Thelbane Standard Time, which sets the baseline time for Helgramways as a whole.

Mature trees of varying species, are dotted around the square, as are assorted other pieces of statuary and sculpture. There are also random coloured stones scattered about, as well as a dozen of what look like decorative labyrinths or mazes, inset into the stone, and maybe 10ft by 10ft in diameter. Many of these, if touched, triggered or walked in the right way will take you through to the various sub-Ways of House Helgram: the individual properties belonging to members of the House who have been deemed worthy of such things. There are also security offices in each corner of the courtyard.

The arches of the colonnade around the Central Nexus allow visitors and House members access to the major Helgram administrative and communal institutions, which are located in Ways of their own. These include:

The Citadel: Military heart of House Helgram, and also the last line of defence, should Helgram be on the receiving end of the likes of Benedict of Amber. Within the Citadel is Ways access to barracks, training grounds, etc. It is the official residence of Dowager Grand Duchess Joan, the Helgram Warleader; and also Stephenson-Helgram the House Master at Arms. The Citadel also acts as the central command headquarters for the various smaller forts and bastions situated around Helgramways.

The Long House: The Helgram government and administration complex, and home to the Helgram bureaucracy. It is probably one of the largest sub-Ways within Helgramways as a whole.

The Lion Courts: Unless an offence has been committed against Swayville, and he demands extradition of the accused, Helgramways deals with its own legal matters, both civil and criminal, and has a high proportion of lawyers in the family because of that. The trial process is slow, however, so out of course settlements are preferred. Sentences are more often fines or community service, although more serious crimes such as rape, murder and treason will be punished by imprisonment, and very occasionally execution. 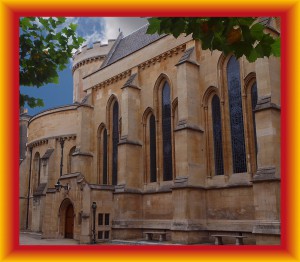 The Temple of the Dragon: House Helgram has its own private temple, where its members can practise the official religion of the Courts. However, many Helgrams also have small personal shrines to those they wish to venerate. The central temple is a tall, gothic building, with a rounded sanctuary where the altar of the dragon can be found. Effigies of the two previous Grand Dukes – Graham senior and Graham junior – are to the sides of the altar.

“Lion Cubs”, aka the Helgram Preparatory School: Those Helgram parents who do not wish their children do be educated in Shadow, will usually choose to send them to the Family prep school. This caters for children from four to eleven, and gives them a good, all-round basic primary education.

The Helgram Academy: This provides a secondary level education for pupils from eleven to eighteen. Students can then stay on to take their studies further – up to doctorate level, should they wish.

The Halls of Culture: This is a combination arts complex and school for the more artistically inclined members of the family, and is the heart of Helgram’s cultural heritage. The Helgram Gallery and Helgram Museum are both located within the Halls, as are a theatre and a separate concert hall, as well as a musical conservatory. The Helgram School for the Fine Arts is also part of the Halls, for students who wish to pursue a career in art or music.

The Helgram Institute for Magic and Science: Also known as Helgram R&D. Helgram practitioners have long been at the forefront of arcane ability within the Courts of Chaos, but to stay ahead involves constant research and work to improve existing Powers and other arcane abilities. More recently, however, the House has started embracing Science (after all, when science gets sufficiently advanced, what’s the real difference?), both on its own merits, and with respect to how it can be used with Magic. Lab accidents within the IMS are one of the major causes of work for the House Waysmaster. 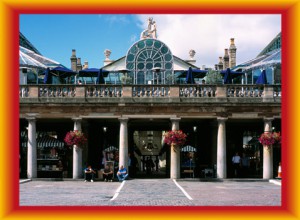 The Marketplace: This is where House Helgram undertakes trade and commerce with the other Houses, and Thelbane as a whole.

There is a stone-built covered market at the centre of a wide piazza, with stalls selling all foods, crafts, etc. The Piazza itself is lined with more permanent shopt, bars and restaurants. The Marketplace also serves as a second connection point between Helgramways and the wider Courts, although any traffic between the Marketplace and the rest of the Ways has to go through the Central Nexus. The door to the Marketplace is on the opposite side of the Nexus to the Helgram Palace.

There are also shopping and entertainment districts within Helgramways itself, along with many bars and cafés, which are open to all.

The Helgram Flames: The Flamesare the House’s “national” Chaos Rules Football team. Their home ground, which was purpose built ten years ago, can be reached from the Central Nexus, and is personally maintained by Wayskeeper William. The Flames usually do pretty well in the Thelbane CRF league, given their combination of Helgram natural magical ability, along with the more tactical outlook of their Hendrake cousins.