Duncan stands about 5’10” tall and weighs around 165 lbs. Light brown, almost blonde, hair, and green eyes. Though older, he appears to be in his late 20’s to early 30’s. Clean shaven, well dressed. Duncan normally wears a red shirt under a black doublet with gold trim, that has a padded left shoulder. Black breeches, with diagonal gold and red stripes along the seams, tucked into black, soft leather, knee-high boots. A black leather weapons belt, decorated with gold and rubies, with a gold buckle supports a rapier on his left, a pouch and a main-gauche on his right. Golden gauntlets are tucked into the back of his belt. He wears a crimson, full-length, hooded cloak overall; held in place by a gold encrusted brooch.

Duncan’s Symbol: A golden Griffin, wings partially spread with his head facing the dexter on a black field. 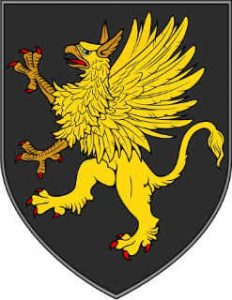 Duncan is the younger brother of Jhennifer, both hail from Port Aleksandr in Greater Pacifica. He has studied the mystic arts and is also quite capable in melee combat. Duncan has a rather unique companion named Kierra. Kierra is a small, grey and black tiger-striped cat; with feathered wings and true hands on her forelimbs. Kierra is very intelligent, can speak several languages, is very curious, and generally friendly to those who mean the two no harm. She loves to chase birds, butterflies, and similar things through the air, usually catching them.

Duncan recently wed Countess-Palatinate (Pfalzgrafin or Imperial Countess) Diana Angelique of the House Ezzonen, hereditary rulers of the County Palatinate of the Rheinland-Pfalz in Greater Lorraine. Kierra is now most often with Diana. Diana’s family claims descent from one of the houses of Chaos. 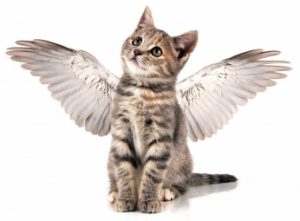