There are four “Bears”, sons of Lucius and Dara. The bears were born at different times to Dara and Lucius with Barry as the oldest.

They are in no particular order –

Arthur Bear is the son of Lucius and Dara – the white bear or polar bear also called the lazy bear. He was a lawyer in Duluth though not a very productive one when he was discovered to be a member of the UT Imperial Family. He tried to maintain a quiet discreet life when the hordes of Corwin invaded the heartland through Lake Superior. After heroically marshalling the defence of the city, it was discovered he had a strong command ability – through years of playing wargames with his friends including Barry and Icarus. He became a subject of near obsession for the Corwin clan rebels with Riva and Guy kidnapping him repeatedly. Arthur is a moderate politically though suspected of being not in accord with his all of his father’s policies, has the wit to not openly say it. His current nemeses are the twins who pick on him and Barry

Click here for the recent interview with Arthur Bear 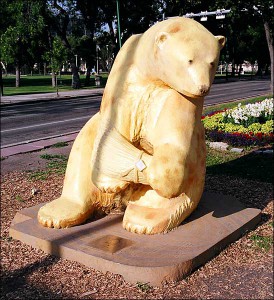 Rupert Bear or the Nice Bear or Golden Bear lives in Nutwoodways as an 1810-1830 era squire in his own small ways in the Black Zone. This small ways has the powerful ritual and dragonline node of Rocken Mountain which is a highly powerful point in that region of the Black Zone. While living peacefully during much of the wars with Lucius and the Crossed Sabres, he seems very much desirous to stay and protect Rocken and its sacred pure powers unblemished by the taint of unlife. He is aware of the evil and danger of unlife and is willing to provide stability to the region. He is a good lord and treats his people exceedingly well with kindness and self sacrifice.  He has the respect of many in the Black Zone and seems to get along with different factions. Even Alcazar considered not worth his effort to bother the Bear for he felt it would do not harm to Alcazar’s cause to do so. 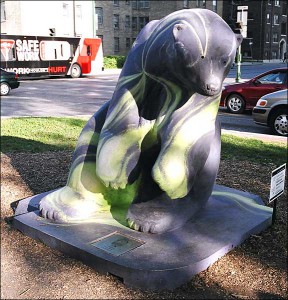 Theodore Bear or Teddy Bear is the Black Bear or the Wandering Bear.  He tends to spend a lot of time in Bearways in the Black Zone. He has the greatest contact with the bear worshippers scattered across shadow through different pagan and animistic societies that range across even in Thrawn’s space universe. He tends to keep a low profile and has avoided being grabbed like the other bears mainly by always being in motion. He takes part in shamanistic rituals and has partaken of different narcotics with these ancient cultures. While someone who has participated in the ungainly Bear Dances that more sophisticated bears like Arthur refuse to do, Teddy Bear is known as a good natured bear who is the main face of the Bear cults/sects/religions in Creation and avoids it becoming a formal religion as Barry would be inclined to cause it to be.