While the Continuum or multiverse can be said to be infinite dimensions of infinite shadow, landmarks are best measured with the Poles of Power at the X, Y, and Z axes respectively.  Unlike Earth, the axis is perfectly straight. These would be the three intersecting lines of Creation in 3D. They would run towards Ancient Earth – (0,0,0)

For the purposes of Solstice:

Interestingly the plane of the ‘equators of the Z and X axes would form the ‘modern’ earth type shadows (probably including Tenterden in the Amber direction).

(What would run of significance in the Z axis corresponding to the Earth Zone? for example. Also what would the corresponding ‘up and down Earth-less’ key points away from Earth towards Amber/Chaos respectively be like?) 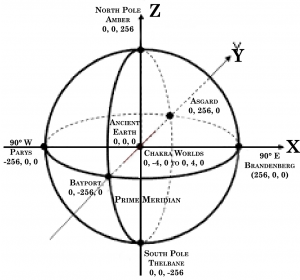 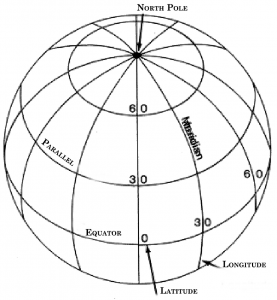 If each ‘pole’ or Great Power/Equivalent at these six points have a sphere of ‘closed or dedicated shadow – ie universes of its own. We could see a sphere with six spheres overlapping at the 6 cardinal points.

While this is a model of methane with a centre and 4 points. Imagine a model with 6 instead of 4 ‘outer spheres’ but at right angles on the central ball. 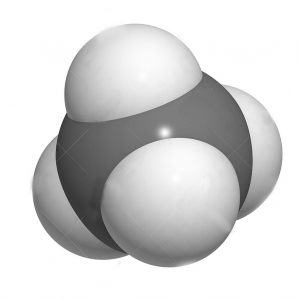