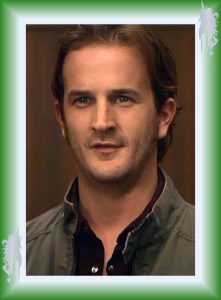 Ke’ahi is the son of Artur Acker, and a daughter of Pele named Mahuiki. His twin sister, Konani, was apparently born about half an hour before him.

He looks to be in his thirties, and so its likely that he’s spent some time in fast time.

He’s also been known to hang out at the Lo’ihi Seamount on 1997 Earth, where he works as a pilot and general handyman type.

More recently, he’s also been seen in the Boar’s Head in Amber, working behind the bar and getting to know the City and its people. When he’s staying over in Amber, he lives in his father’s apartment above the bar.

His capabilities haven’t really become that obvious, as yet, with the exception that he obviously has an affinity for fire.