A selection of bars to be found in Amber City are outlined here.

The block containing both the Boar’s Head Tavern and La Sanglier gastro-pub/restaurant is wholly owned by Goodman Winston Cadogan. Early in his ownership of the property he realised that given the beneficial location between two roads, he could potentially address two different markets. With that in mind, he has developed a pair of establishments which managed to cater to two completely different clientele. However, both share a kitchen, which effectively serves as the buffer between the two. There is also extensive sound-proofing in the adjoining walls, on both the street and lodging levels.

On the side which faces Upper Mitre Street, is the Boar’s Head Tavern. The public bar is a regular drinking haunt for  lower and middle class workers, and skilled tradesmen, plus the occasional slumming nobleman and junior Royal.

It serves good, home cooked food of the knife, bowl and trencher variety.

It has to be said that the Constables are called to the public bar far more often than to the restaurant.

The Boar’s Head recently introduced a new range of beers from the Valhalla Brewery:

Tales from the Boar’s Head

Since an incident around the second New Year of King Bleys’s reign, the Mayor’s son, Arthur Field, can be found behind the bar at least once a week. As the Boar’s Head is becoming better known by the Royal Family, it’s expected that the aforementioned incident will be just the beginning of a possibly more “interesting” chapter in the tavern’s history. Tales from the Boar’s Head can be found here (external link). 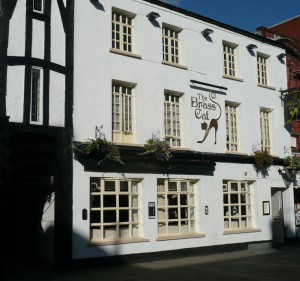 This is a favourite bar for the young upwardly mobile Helgramways-born elite. It serves fine meals, and has terrific drink specials. It is a favourite for Amber Princes and Nobles as well, and as such has gained something of a colourful reputation, the way places frequented by the Amber Royal Family have a habit of doing.

However, it has recently been discovered that the Brass Cat was also being used at a listening station by forces hostile to Amber, who were seeking information which could be used against it. While this spy ring has since been closed down, members of the Family are advised to be circumspect about their discussions of Family and Helgram politics in public locations.

One of the rougher dock and wharfside establishments; frequented by shoreleave sailors and dockhand workers alike. It is a poor working man’s drinking bar… in very polite words. Very VERY polite words.There are rooms upstairs that one may rent by the half hour. If you can call blanket walled cubicles a room. And they do not rent for the whole night. The few furnishings are very sturdy, both upstairs and downstairs, as the fights are frequent. No darts either.

The ale, beer, wine, and rum are cheap, not top shelf either. Lucky if it was on a shelf. You get what you pay for. At least it’s been a few weeks since anyone went blind from drinking the ‘Seadog Punch’, at least that’s cheap swill. They do not serve food, there are other places like Miggela’s to do that.

If you dare. They do tend to open after the sun is over the yardarm and toss everyone out before cockscrow. No pounding on the door before opening. They don’t bother yelling ‘garde de loo’ before tossing in those cases.

If a press gang ever dared to show a face it might be at this place. Be warned. It might not be the Amber Navy’s vessel you wake up on. They are not unknown to the city guard and militia either. Usually though they won’t go in there because the sailors frown on that.  Some of the marines can and do drink in there, they spend enough time aboard to be tolerated. Just. Some of them. Just.

A few of the rats are tame and the fellows even race them and bet on them. This is usually house rigged, and if it gets too serious the betters are going to lose their shirts.

Overall, the place hasn’t been knocked off foundations or burned to the ground yet, so. It stands off the end of the last dock in the merchant area, and not far from the naval area; of the sea and harbor facilities. The old Harbormaster was aware of this place and they had the game down to a fine art on both sides it seems… as for the new Harbormaster, it’s wait and see how this one sorts.

Beware what goods one is buying, there are definitely NO refunds. Check before handing over the funds or be stuck with what you get.

Gershwin’s is a jazz club that’s been set up in the last few months. It is reached through an archway off the Promenade and down a set of stone steps, and is located in a vaulted ex-cellar. It caters for a mid-level and higher clientele, with decent food and a good wine list. There are no restrictions on smoking. There is a house band, The Rhapsody,  which plays two or three sets a night during the week, depending on the number of customers. At the weekend, there are often guest artists from a variety of places around Shadow. 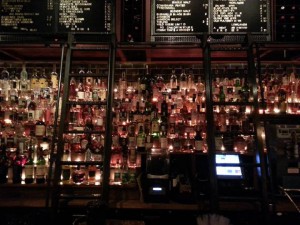 Rumour has it that Gershwin’s is at least part-owned by the Lord Mayor of Amber City, and he’s certainly been seen playing there on occasion, either with the house band or occasionally doing solo spots. It is also known for having an excellent spirits selection.

This is another of the infamous close to the water dives, but this one is a boarding house and restaurant.

The image is after a few crews spent much time to shovel, scrape, and sweep the streets and get rid of the reeking refuse rotting hither and yon. The small steps to the right is the row house that Miggela owns and runs her business(es) out of.

Miggela is as wide as she is tall and it’s been many years since nature was kind to her. She wears a stained flowered houserobe that is a bit walked off of hem and the neckline sort of goes this way and that way. A very stained apron keeps it pinned between that roll and that one.

A headcloth keeps her dreadlocked snarl off her face mostly.

Usual fare is soggy meat pies, don’t ask about the kind or kinds of meat in them; a lackluster barley laden turnip and other roots stew; and boiled sausages of even more dubious beginnings.

Upstairs it’s sling a hammock and the frames run across the breadth of the attic space, so getting in and out of the lice and crab infested mass of canvas and hemp is not unlike being below deck on a ship, with no ventilation, often feels like it except no rocking of the water.

Downstairs it’s no nonsense, long tables and long benches. Pay at the back counter and collect the meal in a wooden trencher or bowl, sit to eat, and get the penny back for returning the bowl and spoon or sharpened stick (no forks).

There is a fellow in the back, Abbosine, who is hirsuite and sweats a lot, and a solid moving mountain of blubber. Any problems up front and he will come out and bust heads and evict bodies by neck and belt.

She is open from about dawn to just after the midnight hour, every day of the week.

Supposed to have very good food and often stocked with beer, ale, and wine from Beckk’s Brewery (Beckhamton) and The New Villa Vinyards as well as some very local stuff. They do a certain amount of ‘buy a bottle to go’ but are not a package store. Lunchtime it is possible to ‘rent a stein to go’ with a deposit to get the lidded tankard back.

The upstairs is dining space. It has a reputation for good food at reasonable and has a very strong lunch crowd from working men on the docks and offices in and about the dock area. Lunchtime does have a pickup counter, as one may wait awhile to get seating. To the right as one enters is the stairs up, and during lunch, the line may go outside the door and down the walk.

Despite the name there are a lot of sturdy serving lads when the place is busy. Messing with or bothering one of the serving maids will get you evicted. They do have a mountain of a bouncer with no neck and lots of muscles.

It is rumored that it is owned by a family and some of them work there, but. Unknown at this time.

The King may drink free if His Royal Majesty ever visits. Regent Prince Gerard never did visit it, neither did Princess Rose.

Prince Dave was a semi-regular visitor when he was Harbormaster, or sent his aide down for food from there. His pewter glass bottomed tankard is on a shelf there yet along with some tankards, steins, jacks, and Toby mugs of the regulars. 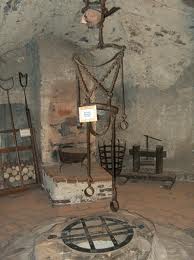 They open about mid morning and go to pretty late. Kitchen is usually open not long after the doors open, and closes about midnight. They will toss your sorry pickled hide outside even on a brass monkey alert night at closing. They are usually kind enough though to send to the Cathedral to send a cart about and scrape up the soused so they don’t freeze. Or the constabulary if otherwise deemed appropriate.

Prices run from TenPenny Ale (a Beckk’s special, a light reasonable ale for 10 pennies a quart) to Silverspoon (a darker more robust ale) or Beckk’s Beer (a silver penny a pint) to more refined beverages.

Meals run from porridge and a pint of 10P, for 10 pennies to a well cooked omlette with meat and potatoes and a glass of house wine or a pint of Silverspoon for 3 silver pennies for the morning…

Supper of stew with cheese or bread, or the chicken half or sandwich as said for lunch…. roast beast (pork or beef), shepherd’s pie, a full roast bird (usually chicken) with trimmings and house wine, ale, or beer for about 10-15 silver; Lords Meal (varies and not always available but served on real dishes not trenchers) for 1-2 gold.

A few issues have led to if one wants the boards and parts for some of the house board games or the darts for the dart board, a deposit of a few silver pennies has to be given forth first. Return all the bits for the deposit back.

Owned by Prince Lucius, this is billed as an ice themed bar in Amber city to celebrate Winter all year round. It is located on the property that was once known as the Black Sabre, which was an establishment well known as a stronghold of Eric supporters.

Zero Point opened on Krampusnacht, in the second year of King Bleys’s reign. It has furs and warm drinks and food.
Thelbane Separatists will be served, but they will find they get charged a significant mark-up on the prices.

Privateer’s Bar. It is the finest of port dining far from the Port and docksides with a fine flavour of the Golden Circle. Located on the Grand Concourse in Amber’s fancy dining area, the Privateer’s Bar happily has a good menu, fine ales, beers, stouts and grog as well as trendy Helgram cocktails.